FM Davutoğlu: Why are we referred to as neo-Ottomans? 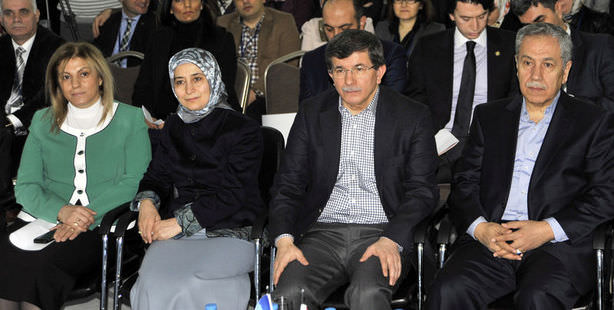 Foreign Minister Davutoğlu responded to Turkey’s foreign policy being labeled as ‘neo-Ottoman’ by asking why those who united European nations are not referred to as ‘neo-Romans.’

Speaking at a program on education held by the ruling AK Party's Bursa branch and also attended by Deputy Prime Minister Bülent Arınç, Foreign Minister Ahmet Davutoğlu stated, "A hundred and ten years ago, Yemen and Skopje and also Erzurum and Benghazi were parts of the same country. When we mention this, it is referred to as 'neo-Ottomanism'' Why is it that those who united all of Europe are not referred to as neo-Romans, however those who united the Middle Eastern geography are considered to be neo-Ottomans?" asked Davutoğlu.

Davutoğlu went on to state that over the past century a number of parentheses have been closed. "Over 100 years' time we are closing a number of parentheses; the 1911 Tripoli war in 2011, the 1912 Bulgarian-Balkan migration in 2012, in 2017 it will be 100 years since Jerusalem's division from the Ottoman Empire in 1917 and in 2018 it will be a century since our separation from the Middle East," stated Davutoğlu.

"Without going to war with anyone, without declaring enemies and without disrespecting anyone's borders, we will be connecting Sarajevo to Damascus and Erzurum to Batum once again. This is the source of our strength. They may now appear to be separate countries; however 110 years ago Yemen and Skopje were both part of the same country. The same can be said for Erzurum and Benghazi. However, when we make references to this, we are labeled as 'neo-Ottomans.' Those who have united Europe are not referred to as neo-Romans, yet those who unify the Middle Eastern geography become neo-Ottomans. It is an honor to be tied to the history of the Ottomans, the Seljuks, the Artuqids and the Ayyubids, however we have never set our sights on another nation's land, stated Davutoğlu."

ORDER IN THE REGION

While discussing developments in the Middle East, Foreign Minister Davutoğlu emphasized that those who want to instigate Shiite-Sunni, Turkish-Kurdish and Muslim-Christian strife will not be successful. "It is our obligation to reestablish regional order in this geography and we will be embarking on achieving this day and night. We have to give our history its justice," said Davutoğlu, adding "We have set out to ensure that the mentality that 'this nation has always been and will continue to be our own subject,' is inscribed in the mindsets of those with intentions of objectifying us."