A peace observer group to oversee the PKK’s withdrawal 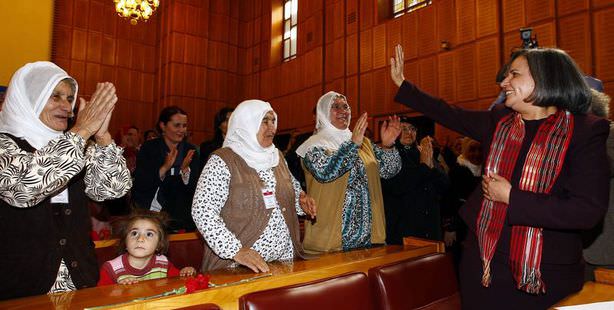 Ankara is in preparations to embark on the second stage of the ongoing peace initiative. If the PKK silences its weapons as slated on March 21, then the nearly 2,000 members of the PKK terrorist organization will be withdrawn from Turkey and into Northern Iraq. A ‘peace observer group’ may be established in order to oversee the withdrawal.

Ankara is getting ready to take the next step in the ongoing peace initiative to put an end to PKK terrorism in Turkey. If the PKK agree to silence weapons on March 21, Turkey will then embark on the withdrawal process of nearly 2,000 PKK terrorists in Turkey.

While the terrorist organization awaits the security of a "safe withdrawal, by way of written confirmation from PKK leader Abdullah Öcalan, who is serving a life term on İmralı Island, amongst the plans in place for the PKK's controlled withdrawal is the establishment of a "peace observer group." The group will most likely consist of party members with parliamentary representation as well as security force members and representatives from Turkey's National Intelligence Organization (MİT). The government will be discussing the potential of this new formation with parties that have seats in parliament.

The second phase of the ongoing peace initiative will involve PKK members in Turkey withdrawing from the nation's borders. However, in order to implement this next phase, plans are to establish an atmosphere that will allow for the organization's peaceful withdrawal. The PKK will not only be pledging an end to conflict, they will also be announcing their withdrawal of PKK militants from Turkish territory.

The PKK's withdrawal however, will only commence once they have received assurance they will not be subjected to any form of intervention. Once Ankara receives written correspondence from Qandil and Europe in response to letters sent out by Öcalan, which is expected to have transpired by the week's end, a third delegation is expected to formulate a final draft of the peace plan, which they will then deliver to Öcalan at İmralı.

CALLING ON ALL PARTIES

At a BDP (Peace and Democracy Party) group meeting, Kurdish opposition party BDP Co-chair Gültan Kışanak, who was a member of the delegation that hand-delivered Öcalan's message to the organization's leaders in Qandil stated, "Peace and freedom will absolutely be established with honor." Kışanak also announced that they will be dedicating all March 8th Women's Day events to the three female PKK members that were killed in Paris in January. In honor of Women's Day, the rows in the assembly were adorned with carnations.

Kışanak also donned a scarf she was gifted in a letter received from the Black Sea province of Trabzon, which explicitly expressed support for the ongoing peace initiative.

Kışanak also announced plans to form a committee in order to ensure the release of the state officials held hostage by the PKK terrorist organization. When asked whether deputies from the AK Party, CHP and MHP would be included in this delegation, Kışanak stated, "If such a proposal is received, we will respond affirmatively."