A contribution to strengthening Turkey’s democracy 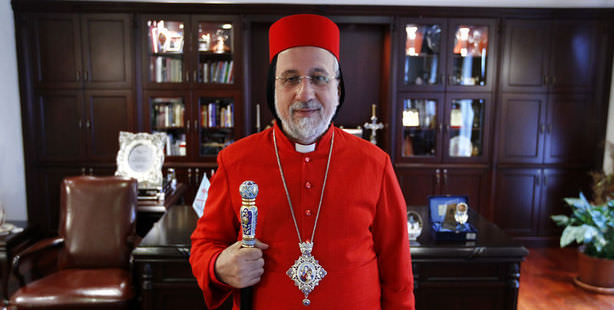 President Gül has invited an Assyrian orthodox patriarchal vicar to take part in a delegation on an official trip to Sweden next week.

President Abdullah Gül, who heads to Sweden on March 11 to 13, has invited the Assyrian Orthodox Ankara and Istanbul congregational leader Patriarchal Vicar Metropolit Filuksinos Yusuf Çetin to join the delegation accompanying him on his trip.

Executive Board Chairman of the Virgin Mary Assyrian Church Foundation Sait Susun has announced that they are extremely pleased the Presidency has included Patriarchal Vicar Çetin in the delegation accompanying President Gül on his trip to Sweden next week. Çetin is the first minority religious leader to be included in an official presidential delegation.

Sait Susin, who is the chairman of the executive board for the Virgin Mary Assyrian Church (Kadim Meryemana Kilisesi) Foundation located in Istanbul's Beyoğlu District, has stated, "This will be the first time one of the leaders of our congregation will be accompanying the President on an official capacity. We perceive this as being a step taken within the framework of establishing dialogue."