Hope for a peaceful solution on the rise 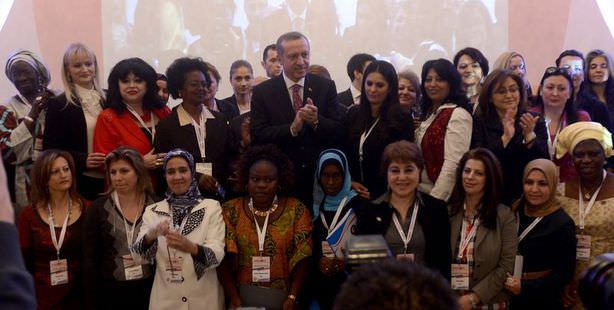 A study presented to Erdoğan a few days ago and prepared by his staff, shows that the trend of rising public support for the ongoing peace process continues. According to the report, “As hope increases so does support.”

Members of Prime Minister Tayyip Erdoğan's staff presented the results and an evaluation report of a study conducted nation-wide. While results regarding the ongoing solution process were positive, the study, which was for February, draws attention to the fact that despite the ongoing peace talks there has not been a change in perception of the issues nor in party support.

The study, which was conducted after a second delegation of BDP members met with PKK leader Abdullah Öcalan for a series of ongoing peace talks, states, "It is especially noteworthy that despite the quite extraordinary political breakthrough over the past two months of ongoing peace talks on İmralı island, the public has maintained the same level of support for the leading AK Party (Justice and Development Party). An evaluation of the study pointed out that the results on political preferences for the months of January and February have for the most part remained the same.

Yet another report presented to the prime minister showed that the trend of rising public support for the ongoing peace initiative to ensure the PKK terrorist organization drop their weapons continues. "As hope increases so does support," was the overall finding in the report.

The study presented to Prime Minister Erdoğan consisted of a series of questions on pressing current issues. The survey took place on February 9-10, 2013 through face to face discussions with 2,617 citizens from 150 neighborhoods and villages in 99 districts in 30 provinces. When asked who they would vote for today if there was an election, 51 percent of participants answered the AK Party. CHP came in second with 22.6 percent of potential votes. MHP was third at 13.8 percent and just seven percent of those questioned said they would vote for BDP.

The study also asked the open-ended question, "Who should be President? Prime Minister Tayyip Erdoğan was the first choice for 50.5 percent of participants, followed by CHP Chair Kemal Kılıçdaroğlu at 13.9 percent. MHP leader Devlet Bahçeli came in third at 7.5 percent while BDP Co-chair Selahaddin Demirtaş was selected by 2.4 percent of those questioned. The fact that eight percent of MHP voters listed Erdoğan as their ideal presidential candidate was also noteworthy.

The survey also studied the demographic profiles of the country's voters. Accordingly, the vote distribution amongst the Kurdish-origin population shows higher support for the AK Party than for the Kurdish opposition BDP (Peace and Democracy Party). In addition the support base for the MHP and BDP parties showed increased support amongst the younger population.