FM Davutoğlu: We are against anti-Semitism and Israel’s expansionist policies 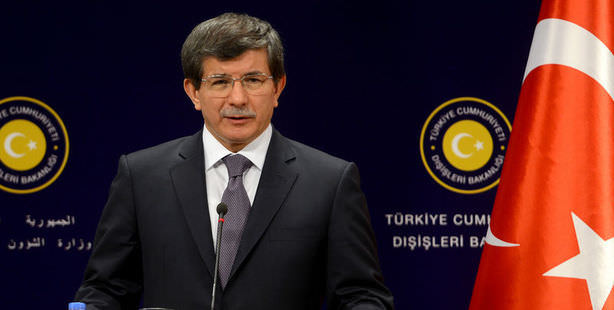 Noting that Turkey is against anti-Semitism, Foreign Minister Davutoğlu stated, “We will continue to always speak out loudly against Israel’s expansionist policies.”

Foreign Minister Ahmet Davutoğlu and his Romanian counterpart Titus Corlatean met in the Foreign Ministry in Ankara after which they held a joint press conference.

When one reporter asked what the government's response would be to a letter penned by a number of U.S. Congress members to Prime Minister Recep Tayyip Erdoğan requesting he retract his comment likening to Zionism to crimes of humanity, Davutoğlu stated that Turkey's perspective was relayed in full to U.S. Secretary of State John Kerry during his recent trip to Turkey.

Davutoğlu said that although there may have been widespread reactions, in respect to statements the Prime Minister has made in the pas no one should have any question that Erdoğan is one of the world's most outspoken leaders when it comes to anti-Semitism.

Davutoğlu went on to state following: "Our stance on these issues is clear, we are against anti-Semitism. However, we have always been the ones to speak the loudest against Israel's regional expansionist policies and their aggressive stance as a result. No one should have any concerns. In this regard, Turkey doesn't owe an explanation to anyone in its record of history."

Foreign Minister Davutoğlu emphasized that Turkey's stance against all forms of racism and anti-Semitism is clear and transparent and reiterated Turkey's support for a two-state solution in order to ensure all states co-exist peacefully.