‘We are seeking a new order based on common fate' 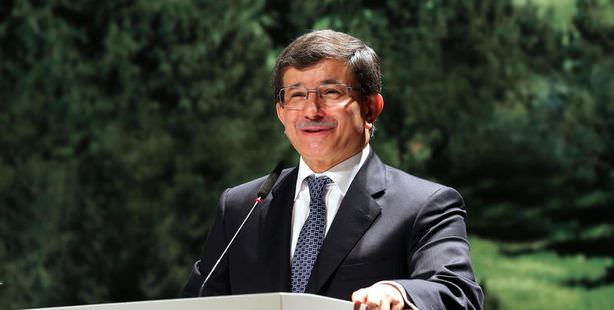 Toured the streets of the south-eastern province of Diyarbakır yesterday Foreign Minister Davutoğlu says, “We are seeking a new order, based on joint security, multiculturalism, joint economic dependence and common fate.”

While the ongoing solution process continues in Turkey, Foreign Minister Ahmet Davutoğlu paid a meaningful visit to Diyarbakır, during which he said that the restoration period Turkey is currently experiencing will have a domino effect on the entire region for which they will be creating an understanding of common fate.

Davutoğlu was greeted by Diyarbakır Municipal Mayor Osman Baydemir upon his arrival to the south-eastern province on Friday. The two held a meeting in Baydemir's office, which marked the first time a government representative has paid a visit to the Diyarbakır Municipality in the past three years.
Later, the foreign minister met with representatives from NGOs in Diyarbakır. Davutoğlu also presented a talk entitled 'Great Restoration: Our New Political Understanding from the Very Old to Globalization' at Dicle University. During his busy schedule, Davutoğlu also took the opportunity to speak with local vendors and to tour the historical Hasan Paşa Han.

WE WILL EITHER GROW OR…

During the conference, Davutoğlu, delivered a message of unity by stating the following: "There are two roads we can follow. We can take down all of the barriers in our minds, hearts and actions through creating a new understanding in politics and order, which will allow us to reach an even greater scale altogether. We will either walk together as Turks, Kurds, Albanians, Bosnians and Arabs or else they will attempt to tear us to shreds and divide us into smaller pieces. Our volition is clear and explicit. This is a parenthesis that needs to be closed."

The following are a series of statements made by Davutoğlu on what he deemed the ongoing regional 'restoration' process:

WE WILL BREAK THE MOLDS: "A future cannot be built on their understanding of emergent states based on nationalist ideology, with each hurling accusations at the other beginning with the Sykes Picot maps, followed by their colonialism and then with factitiously drafted maps. We will break the mold Sykes Picot drew up for us."

A NEW RESTORATION: "We are now in a new era of restoration. This should be considered as a new development and as an era of rebirth. The real issue is actually rebuilding the mentality that we have lost. A new ethic needs to be created through overcoming the fears, triggers, exclusion and scorn imprinted on our psychology in the past."

THERE WILL BE NO EXCLUSION: "Throughout this restoration period, no color, no language nor any cultural elements will be excluded. We cannot allow for any element to fade away. We may rebuild everything that we have lost; however let us not lose our love for one another."

DEFINING CITIZENSHIP: "What we need to do is to create a connection between our present-day citizenship and our ties in history. Just how those who were killed in battle in Çanakkale are people of the same land as those from Diyarbakır, Konya and Üsküp, we will be unifying them once again and this cannot be prevented."

THIS PARENTHESIS NEEDS TO BE CLOSED: "We need to close this historical parenthesis. We need to rebuild our ancient unity from which a new political understanding will be derived. Mankind must take on a pioneering role in this great restoration."

A NEW ORDER: "We are therefore seeking a new order. This new order will be based on the awareness of a common fate, multicultural interaction, mutual economic dependency and joint security. We will not solely be developing this understanding of common fate for Turkey, but will be creating this concept in all other regions. We want to establish the type of regional order that would allow us integrate with the deepest of our hinterland."

While touring the streets of Diyarbakır as well as the historical Hasan Paşa Han, Davutoğlu was accompanied by Mayor Baydemir who told the foreign minister, "We feel your visit is extremely valuable in terms of building the law of brotherhood. I hope that the peace process; built on cooperation, a unity of hearts, shared wisdom and a collective conscience, will result in lasting peace."