Bartholomew: I have invited the Pope to Turkey 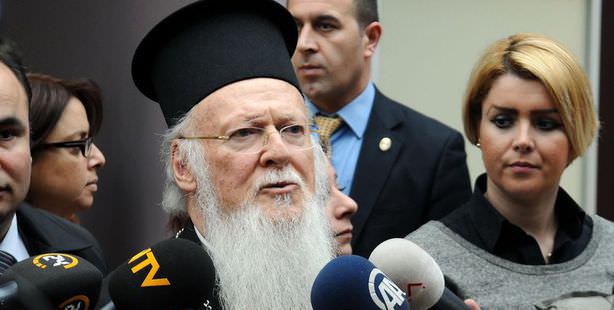 Fener Greek Orthodox Patriarch Bartholomew said a new period of cooperation has begun with the new leader of the Catholic world Pope Francis.

Fener Greek Orthodox Patriarch Bartholomew, who recently attended the inaugural mass for the new Pope Francis, marking the first time a spiritual leader of the Orthodox world has attended such a mass in 959 years, said that they have embarked on a new era of cooperation, which will benefit not just the church but also humanity.

Patriarch Bartholomew told reporters in Istanbul on Friday that he had invited Pope Francis to visit their patriarchate. "As you know, the last three popes have officially visited our patriarchate. We are working together for the unity of the Christians," said Bartholomew. Adding that the new Pope had expressed that he wanted to visit Turkey, Bartholomew said, "Our President needs to invite him and I'm sure he will.

Bartholomew was the recipient of the "Kadir Has University Gratitude for Friendship and Neighbors" plaque for his support for the university.