FM Davutoğlu: Turkey’s demands have been met, now we need to see them in action 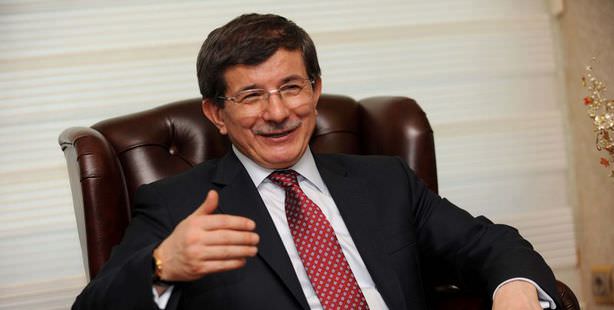 Foreign Affairs Minister Ahmet Davutoğlu said on Friday that all of Turkey’s fundamental demands had been met with an apology from Israel over the killing of nine Turkish citizens in a 2010 naval raid on the Mavi Marmara Gaza bound flotilla.

In a telephone call with his Turkish counterpart earlier on Friday, Israeli Prime Minister Netanyahu apologized for the killings and said Israel would pay compensation to the families of victims aboard the flotilla.

Commenting on Israeli Prime Minister Benjamin Netanyahu's apology for the Mavi Marmara raid, Foreign Minister Ahmet Davutoğlu stated, "No matter how many years it may take, when the Republic of Turkey establishes a state policy, they will closely follow the progression and will eventually acquire the desired results."

In a March 22 interview with public broadcaster TRT, Turkish Foreign Minister Ahmet Davutoğlu said, "Turkey's basic demands have been met; we got what we wanted." Davutoğlu stated Israel's apology to Turkey over the Mavi Marmara raid was the result of arduous negotiations that lasted three years. "What appears to you as a surprise is an effort that has been pursued and forged gradually for three years," Davutoğlu said.

Foreign Minister Davutoğlu explained that after the attack, Turkey made a series of preconditions to normalizing ties with their once strong allies. Israel, he says, has systematically fulfilled each of those requests. "All that was left were these three demands; an apology, compensation and the lifting of the embargo on Gaza and its development. No matter how many years it may take, when the Republic of Turkey establishes a state policy, they will closely follow the progression and will eventually acquire the desired results. The basic demands that we have cited have basically been fulfilled today.

What appears to you as a surprise is an effort that has been pursued through difficult negotiations and forged gradually for three years. Where we are at now, is the final stage which is the result of a three-year-long process that was meticulously sewn," said Davutoğlu.

EVEN IF IT TAKES A CENTURY, WE WILL NOT ALTER OUR STANCE

Foreign Minister Davutoğlu reminded of the numerous times he told Israel that this was a national issue and that ties would remain frayed for as long as Israeli refrained from apologizing. "We held a number of discussions on our foreign policy. However, what is important when it comes to foreign policy is to remain steadfast on an issue of principle and to remain resolute for results no matter how many years it takes. I have told many of my counterparts, that this issue is not one solely of significance for our government. This is a national issue that will be passed on to governments of the Republic of Turkey in the future.

This is the first time ever that during a time of peace, a nation's regular army has killed our citizens while we were not at war. There will be recompense. Even if it takes a century, we will not alter our stance. In the end, good sense has prevailed. Whatever was needed to be done, according to what the law dictates, has now been done. We have reached this stage," stated Davutoğlu.