A two-state solution may be on board for Cyprus 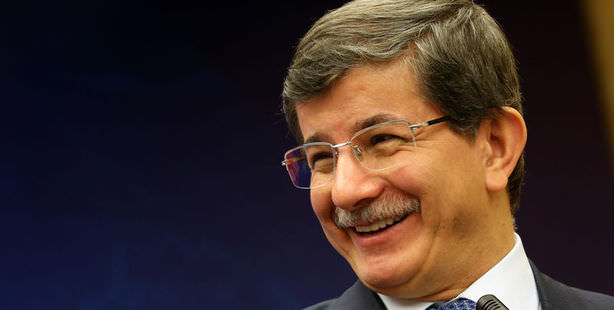 Ankara is now considering a two-state solution for Cyprus. This new development follows Greek Cyprus using the natural gas in the Mediterranean as collateral to which Ankara’s response is that in this case the UN parameter will be lifted.

Turkey is pressing the button on negotiating a two-state solution in response to Greek Cyprus using the natural gas to be extracted from the Mediterranean as collateral for the Russians in return for an international bailout package. Following the unilateral enactment of the law by Greek Cyprus, Turkey held a meeting at the Foreign Ministry in which for the first time since the 1977 start of Denktaş-Makarios deliberations for a U.N. solution, Turkey suggested veering from the U.N. formula and instead working on a "two state solution" to ensure the recognition of the Turkish Republic of northern Cyprus.
Immediately following the March 22nd apology by Israel for the Mavi Marmara raid, Foreign Minister Ahmet Davutoğlu drafted a letter which he sent out on March 23rd to the permanent members of the U.N. Security Council as well as to his Greek, British and Swedish counterparts.

In the letter, Davutoğlu states, "We have three alternatives ahead of us. The first is that the U.N. mission is accelerated and that in order to reach a comprehensive solution, the sides should begin holding scheduled meetings to finalize the issue and all natural resources on the island should belong to the newly united Cyprus.

If this does not happen and there is a short-term need for these resources; then as negotiations continues, the two sides should establish a joint committee in order to share the managing of the marketing and extraction of these resources. If both of these do not happen and if the Greek Cypriot Administration says that they own all of the resources on their side, then they will have implicitly suggested that the resources in the north are owned by the northern administration. If they behave according to this claim then we will be ready to negotiate a two-state solution. It is not possible for us to accept the sort of mind frame that says that all of the resources are theirs. In this case, the U.N. parameters will have already been lifted," stated Davutoğlu.

Foreign Minister Davutoğlu went on to emphasize that if natural gas is extracted from the Mediterranean, then Turkey will not only become the destination for its route of travel but will also be the location where it will be sold. Davutoğlu also said that there was no way the Russians could set up a base on the island, "It is impossible according to international law," stated the foreign minister.