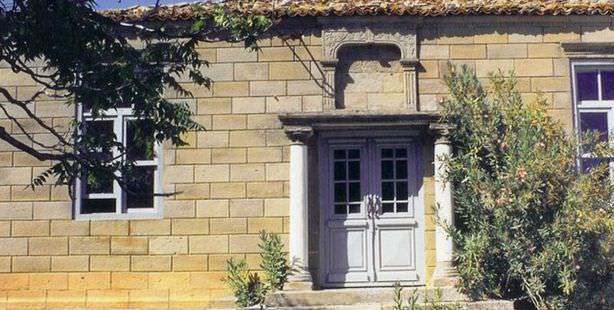 The Ministry of National Education has authorized the reopening of a Greek elementary school on the Aegean island Gökçeada (Imbros) nearly half a century after it was shut down.

Signing off on a historical decision, Turkey's National Education Ministry has granted permission for the reopening of the Private Gökçeada Greek Primary School (Özel Gökçeada Rum İlkokulu), located on Çanakkale's Gökçeada (Imbros) island; 49 years after it was shut down. Minority community representatives are qualifying the decision as being the most substantial and clear-cut political ruling for the community that has happened in the past 50 years. National Education Minister Nabi Avcı says they are now evaluating all applications received to reopen or close down minority schools throughout the nation.

Over the past year, the Ministry of National Education has been working on evaluating applications made regarding the reinstating of minority schools. As part of the ongoing efforts, permission has been granted for the reopening of the Private Gökçeada Greek Primary School, located on Gökçeada (Imbros), an island in the Aegean Sea off the coast of Çanakkale province, which was shut down in 1964 due to a lack of students following the growing tension with Cyprus leading to an exodus of Anatolian Greeks.

Minister Avcı announced the good news while Ministry of Health, Mehmet Müezzinoğlu, a Greek emigrant, was on his first trip abroad to Greece, the country of his birth, since being appointed to the position.

The Private Gökçeada Greek Primary School is also the school where Fener Greek Patriarch Bartholomew studied. The Greek community on Gökçeada, where Bartholomew was born and studied elementary and middle school, is extremely pleased by this new development. "For this request for the reopening of the school to be approved half a century after it was shut down has pleased us greatly," said Bartholomew in response to the ruling.

Explaining that the citizens of Gökçeada applied for the reopening of the school nearly two years ago, Laki Vingas, who is in charge of minority foundations in Turkey's Foundations Directorate General, commented on the Ministry's ruling, "We were expecting this decision last year, however the time has come now. Even if there are just ten students that attend, the decision to reopen this school is extremely significant and offers us hope for the future.

Stelyo Berber, the President of the Imbros Gökçeada Preservation, Cooperation, Development and Solidarity Association, also remarked on the decision by stating, "This is an extremely pleasing and important development. This is something that we, and the island's residents, have wanted for a long time now. This is maybe the most substantial and clear-cut political decision that has been made in the past 50 years."