'Return to your island' 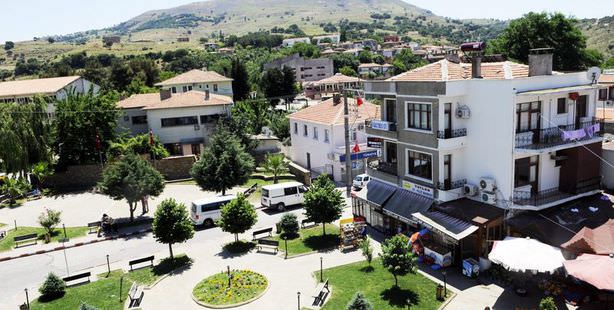 Following the announcement of the reopening of a Greek primary school on the Aegean island of Gökçeada, one of the Greek community’s leading representatives Laki Vingas has called on the island’s former Greek residents to return to the island.

Minister of National Education Nabi Avcı announced on Thursday that the ministry has authorized the reopening of the Private Gökçeada Greek Primary School , which was shut down in 1964. This new development has greatly pleased the Greek minority community. Laki Vingas, who is in charge of minority foundations in Turkey's Foundations Directorate General says this is just one of a number of initiatives taken by the government to support the nation's minorities and noted that the decision has also pleased the island's former residents who now live thousands of kilometers away.

Formerly named Imbros Island, Gökçeada was once overwhelmingly populated by Greeks. Nearly 8,000 of these Gökçeada Greeks emigrated decades ago to a variety of nations including Australia, the U.S., Greece, France and even South Africa. Vingas says it is now time for them to return "home". "Our Prime Minister has called on the community to return to Turkey. Everyone would want to return, however the right conditions need to be established. Now a school is being opened. The island is waiting for you. We want them to experience the charms of Turkey, by living with us all together," said Vingas.

NEW TEACHERS NEED TO BE APPOINTED

Gökçeada, also known by its former Greek name of Imbros Island, is located at the Turkey's western point off of the coast of Çanakkale province. The island was once home to thousands of Turkey's minority Greek community that later emigrated due to the population exchange and the riots of September 6-7, 1955. At present the island is home to nearly 300 citizens of Greek heritage.
It is deemed near certain that there will be issues of finding enough students to sufficiently populate the new school. Laki Vingas says that the renovation of the school is complete and it is ready to welcome its first students after nearly half a decade; however teachers need to be appointed as soon as possible. Gökçeada Municipal Mayor Yücel Atalay says, "We want to see our Greek citizens in Gökçeada, where everyone can live together in an environment of harmony."