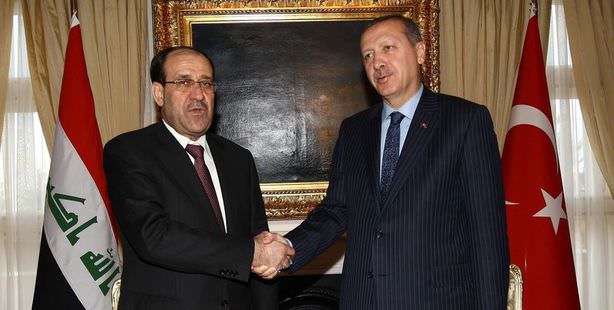 Iraqi Prime Minister Nouri al –Maliki said that he would be pleased to see bilateral relations with Turkey continue within the framework of mutual respect.

An announcement released on Iraqi Prime Minister Nouri al -Maliki 's official website states, "We are pleased to welcome every step that will bring us closer to Turkey within the framework of mutual interests and respect."

During a trip to Iraq last week, U.S. Secretary of State John Kerry had suggested to Prime Minister al-Maliki that he work on improving relations with Turkey.

The announcement comes after months of hostile rhetoric directed at Turkey by the Iraqi Prime Minister.