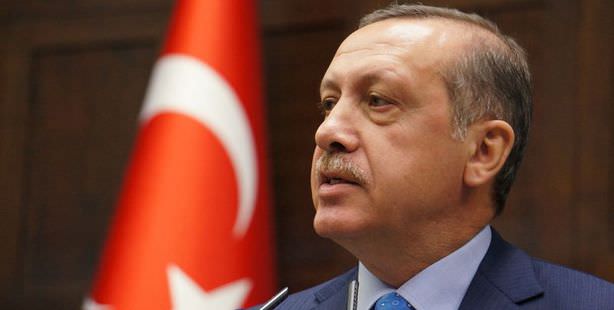 According to a survey conducted by Genar on 3,000 people, the rate of support for terrorism to be brought to an end through peaceful means rather than war is at 89.6 percent. Ninety-five percent of those polled say that Kurds and Turks should live under the same state roof, while 55 percent said that if an agreement is failed to be reached, the AK Party should take their own constitution draft to a referendum.

The Genar Research Company conducted a special poll focused on the "solution process" for its April 2013, Social, Economic and Political Analysis in Turkey survey. The study, directed by Mustafa Şen and İhsan Aktaş, was conducted through the polling of nearly 3,000 people from 57 counties in 26 provinces during the dates of March 20-April 6.

According to the study, the public is in full support of the solution process. While 98.8 percent of the public expressed their desire for the terrorism issue to come to an end, 67.4 percent expressed support for the measures already in play. In response to the question, "Should the state pursue combative measures or peaceful measures to put an end to terrorism?" 89.6 voted in favor of peace.

The survey results showed that according to 34.1 percent of the public, 'terrorism' constitutes the biggest problem in the nation. In second place, at 27.6 percent was "unemployment", while "economic issues" were listed as third by 10.8 percent.

SUPPORT FROM THE KURDS...

When asked, "If a compromise is not reached on the efforts to draft a new constitution, then should the AK Party take their own draft to a referendum?" 55.3 percent responded in favor, while 44.7 percent wrote down "no".

When asked if they support the measures to end terrorism and establish peace that are already in play, 91.7 of the Kurds polled said yes, while 63.2 percent of the Turks polled also answered affirmatively.
When asked whether Turks and Kurds should live under the same government roof, 95.5 percent said "yes".

50.2 percent of those surveyed said they would vote for the AK Party if an election was held today.
Conservative Democrats exhibit the highest support

The survey also revealed how much support has been garnered for the ongoing peace initiative distributed according to various political identities. According to the findings, conservative democrats distributed the highest support for the peace initiative, while the lowest level of support was given by secularists.

In response to the question, "Do you support the ongoing efforts to establish peace in the nation and put an end to terrorism?" 85.8 percent of those who identified themselves as being conservative democrats said "yes", while 14.2 percent responded "no".

The following is a list of percentages marking support for the solution process according to the participant's self-identified political stance: