Turkey is closely following the Neo-Nazi case in Germany 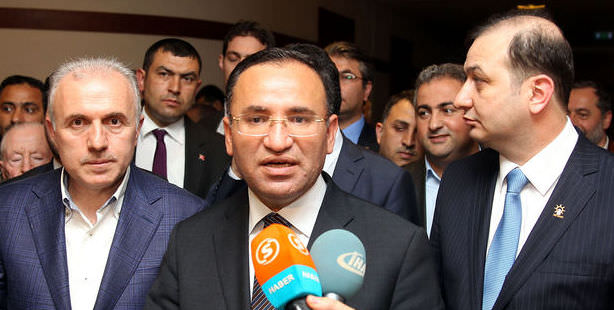 Commenting on the German Constitutional Court ruling in favor of allocating at least an additional three seats for foreign press members, Deputy Prime Minister Bozdağ stated, “It is extremely significant that the Supreme Court has ruled against the Higher State Court of Munich.”

Deputy Prime Minister Bekir Bozdağ commented on the recent ruling by the German Constitutional Court to allow an extra contingent of allocated seats for foreign press members to watch the trial of the Neo-Nazi National Socialist Underground (NSU) which was responsible for the slaying of ten individuals, eight of which were of Turkish heritage.

Last week, SABAH filed a complaint to the German Constitutional Court to contest the failure to provide accreditation for Turkish press members to witness the April 17th trial in the Higher State Court of Munich of the sole living member of the National Socialist Underground, which was responsible for a series of murders from 2000 to 2007.

Germany's Constitutional Court ruled in favor of SABAH and concurred that there were extraneous issues concerning the issuing of accreditation and the failure of the Munich court to provide an appropriate number of seats to representatives from the Turkish press was a violation of equality.

Responding to reporters' questions regarding the German Constitutional Court's allocation of three additional seats for foreign press members, Deputy Prime Minister Bozdağ stated, "It is extremely significant that the Supreme Court has ruled against the Higher State Court. Turkey, Turks and the Turkish press are a party in this trial. The press of a nation for which eight of the victims originate from has a right to witness this trial. The stance exhibited by the Chief Judge unfortunately was contrary to the expectations that this would be an unbiased, independent and objective trial. We have expressed our objections on the matter. SABAH newspaper applied to the German Constitutional Court which ruled against the Higher State Court of Munich. However, the fact that they have set limitations by dictating how many additional seats can be allocated was extremely wrong," said Bozdağ.

SABAH Europe Editor-in-Chief Ismail Erel had filed the complaint based on the fact that members of the Turkish press were not given the same timely information as other German press organs regarding the first-come, first-serve basis of the 50 seats accredited, all which went to members of the German press.