PKK announces withdrawal in May 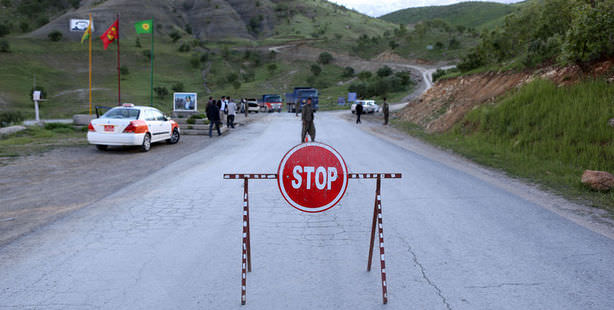 The highly anticipated announcement by the PKK’s armed wing’s headquarters in Kandil was finally made today in a press conference in which the organization announced their plans to begin withdrawing from Turkey’s borders on May 8th.

The announcement was released in front of approximately 50 reporters from both the Turkish press as well foreign media institutions, which were taken to the Kandil (Qandil) region from Arbil earlier on Thursday anticipating the announcement.

"THE WITHDRAWAL HAS BEGUN"

Murat Karayılan , the supposed Executive Council President of the Kurdish Communities Union (KCK), the armed wing of the PKK, announced during the press conference that the withdrawal process has begun.

Karayılan stated that the organization will begin withdrawing its militants on May 8th. The withdrawal will take place gradually and in groups, said Karayılan, emphasizing that the withdrawal process will be completed in the shortest amount of time possible.

This highly anticipated announcement is in par with the ongoing resolution process initiated by the government to ensure the terrorist organization relinquishes its weapons and withdraws from Turkey's borders.

This new conference marked the first time the Turkey's official news agency Anadolu Agency has witnessed a press conference by the PKK. AA was joined by reporters from a number of leading international news establishments including BBC and Al Jazeera and news agencies AP, Reuters and AFP.