The PKK will not be allowed to withdraw with children 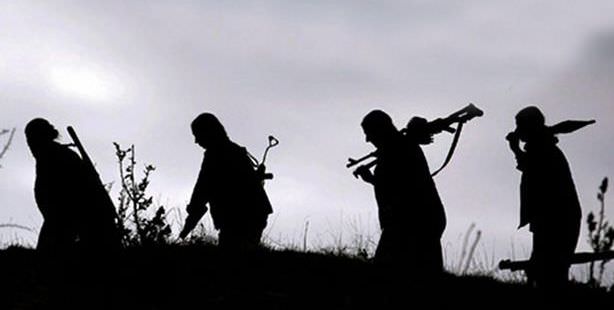 The government has prepared a two-stage plan geared for children during the PKK’s withdrawal, which is part of the ongoing resolution process. Accordingly, during the withdrawal process, which the organization announced would commence on May 8th, children will remain in Turkey, while those born in the Makhmour camp in Northern Iraq will be brought into Turkey.

The government is working on a two-stage plan to ensure that children are not used as a play of force as the PKK terrorist organization withdraws from Turkey's borders. According to information obtained by SABAH, authorities will be getting into contact with the families of the PKK members who will be withdrawing to convince them to keep their children safe and in Turkey. In addition, contact will also be made with the children's schools to ensure children remain in attendance each day. The second stage of the plan involves bringing the children born in the Makhmour Camp in Northern Iraq into Turkey.

According to the information coming in, an exodus from rural regions to the cities has begun in the Southeast paralleled to the ongoing resolution process. The numbers of families that have arrived to the urban centers of Şemdinli and Şırnak are said to be especially on the rise. This movement has aroused the concern that members of the organization may be considering taking their children with them as they withdraw from Turkey's borders. The situation was first made evident at schools as parents expressed their concerns which were then supposedly relayed to Ankara. Within this framework, the government decided their first step would be to ensure the children's attendance at school. According to information received by the security bureau in Ankara, families have already begun hiding their high-school aged children from the PKK.

THE CHILDREN OF MAKHMOUR

The second stage in the plan to protect the children during this resolution process will involve the Makhmour Camp, which for the PKK practically serves as a sort of human resources office. The PKK is hoping to add to their ranks children that have been born at the camp by Turkish citizen parents even though they themselves have never been to their homeland. Accordingly, parallel to the UN's negotiations to shut down the camp, efforts will now be initiated to grant these children Turkish citizenship and to ensure their safe arrival to Turkey. Once the withdrawal process is complete, the security bureau will then make families with children their first priority amongst the ranks of those who will be allowed to return to Turkey and children that do not have Turkish citizenship will be granted it.

This is a translation of an article originally written by Mehmet Ali Bulun.