PKK-member Fırat says, “Turkey has changed significantly, I wouldn’t do now what I have done in the past” 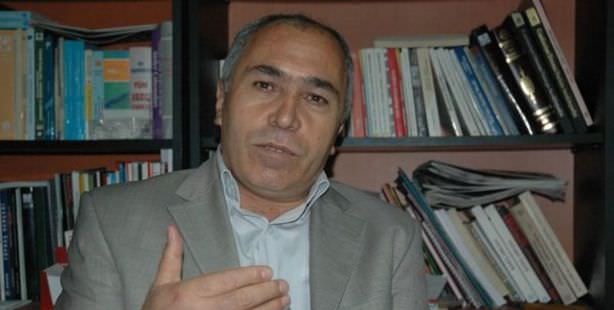 While the withdrawal process has begun as part of an ongoing resolution process to put an end to the sound of weapons and to allow politics to talk, a member of the PKK’s political wing Seydi Fırat reveals what has changed in Turkey.

Seydi Fırat, who spent years in the PKK's political wing and surrendered in 1999 in an eight-person group after which he served five-and-a-half years in prison, shared his views on the ongoing resolution process with SABAH.

THE CONDITIONS HAVE BEEN ESTABLISHED

"I was 18 or 19 when I went up into the mountains. Those days the situation was different. For example, one day when I was going to elementary school my mother took me to school. The teacher was our relative. We were in the principal's room and my mother spoke Kurdish, Even though the teacher knew how to speak Kurdish, they insisted on speaking in Turkish. My mother's face soured and she was very sad. However, today many things have changed. My mother has had a chance to experience these days and she is now able to comfortably speak her own language.

Recalling his experience in what is regularly referred to as the Habur incident, Fırat stated, "Öcalan had wanted a peace group from the organization to be sent. I was amongst them and ended up serving five-and-a-half years in prison. Today the outlook is different. I am no longer doubtful of the ongoing process. For the first time ever I am hopeful for a solution, however this process has cost society. The Oslo period was a turning point. The government said, 'let's remove the guerillas and embark on a solution,' and the process began.

Now it is time to build trust. Democratic reforms need to be continued through legal steps. No community's future can be built on rage and hatred. A new page has been turned."

WE HAVE TO SUCCEED

"There have been ceasefires in the past as well as withdrawals, however the processes always failed. In terms of the state and the region's dynamics, today there is a shared experience. There is experience and good judgment when it comes to reaching a solution.

We now have to succeed. Of course both sides have apprehensions and concerns. Our language and our manner needs to be conducted in such a way as to ensure there is no room for an accident on the way," said Fırat.