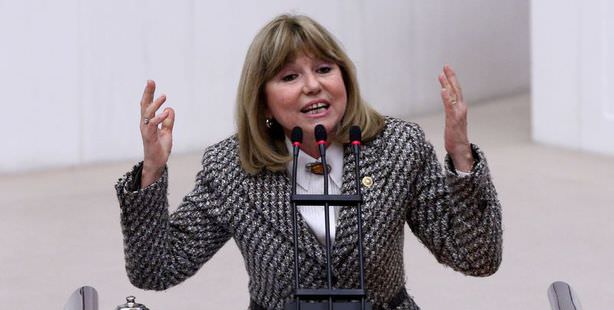 When the neo-nationalist wing of the CHP attempted to publish a memorandum against the peace declaration signed by 22 deputies, party leader Kılıçdaroğlu refrained from approving the process.

As the neo-nationalist – reformist divide amongst the Republican People's Party (CHP) continues to widen with the ongoing resolution process, now the main opposition is experiencing a 'memorandum' crisis.

The neo-nationalist members of CHP are expressing their objection to the party's reformist wing, which includes deputy chairman Sezgin Tanrıkulu, signing on to the Peace Democracy Memorandum in support of the ongoing resolution process.

While the CHP's neo-nationalist deputies are calling on those members who signed the declaration as well as the party leader who approved it to, "reassess the content of the memorandum," they also went ahead and held a press conference in the Assembly to read aloud a memorandum entitled "A call to unify," however CHP Chairman Kemal Kılıçdaroğlu disapproved.

CHP Istanbul Deputy Fatma Nur Serter, who was joined by six other neo-nationalist members, read aloud the text entitled, "A call to unify," at the press conference held in parliament. Serter was joined by Eskişehir Deputy Süheyl Batum, Uşak Deputy Dilek Akagün Yılmaz, Antalya Deputy Gürkut Acar, İzmir Deputy Birgül Ayman Güler, Mersin Deputy İsa Gök and Kayseri Deputy Şevki Kulkuloğlu. Pointing out that seven individuals have signed the memorandum thus far, Gök commented by saying, "there is a lot of support. We have spoken with nearly 70 deputies and they all supported the text."

The memorandum read aloud by Serter expressly stated that the CHP does not support the resolution process, which was referred to as a "resolution scenario that under the guise of 'peace' which involves negotiating with the PKK terrorist organization. There is no room in CHP's policies for the concept of a Peace Process which aims to include Öcalan's demands in efforts to draft a constitution. We are inviting all of our colleagues to protect the principles and ideology of our party."

In other news, on Twitter yesterday Kılıçdaroğlu wrote, "AKP will soon be heading towards a change of positions: in place of Government Spokesman Bülent Arınç they will be bringing on PKK leader Murat Karayılan.