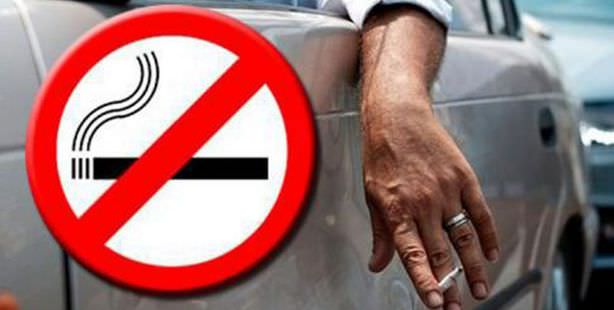 A new legislation proposal put forth by the Turkish government is reminiscent of New York’s strict alcohol and tobacco restrictions. The new bill proposes such moves as dividing sections for smokers and nonsmokers in outdoor venues as well as completely prohibiting advertisements for alcoholic beverages.

The government submitted a new bill proposal to the parliament on May 10th which includes a wide array of restrictions regarding the consumption, promotion and sales of tobacco and alcohol products. When the bill is passed, smoking will no longer solely be restricted at inside venues but will now also be limited in outside venues. The following are a series of changes in legislation and increased restrictions on the government's alcohol and tobacco policy:

CIGARETTES TO BE PROHIBITED IN OPEN SPACES: The use of cigarettes and other tobacco products is already prohibited in enclosed spaces; however the new bill proposes that smoking also be limited in outdoor spaces. Venues with outdoor seating will now divide the area into smoking and non-smoking zones. Café and restaurants will now have to design their outside seating in patios, courtyards or gardens accordingly. Tables on one side will be designated for smokers and the other end will be for non-smokers. Those who smoke in prohibited areas will be subject to fines.

DRIVERS PROHIBITED FROM SMOKING: Cigarettes and other tobacco products will no longer be allowed to be consumed in the drivers' seat of private vehicles. 'Nargile' water pipes and electronic cigarettes will also be considered as tobacco products and will be included in the legislation.

COMMERCIALS PROHIBITED FOR ALCOHOLIC BEVERAGES: Alcoholic beverages and their brands will no longer be allowed to be advertised in any way. The consumption of these products will no longer be encouraged nor promoted in campaigns.

NO PROMOTIONS OR GIFTS OF ALCOHOLIC BEVERAGES: Alcoholic beverages will no longer be allowed to be distributed as promotions, gifts, samples, for free or at discounted prices nor will they be allowed to be provided as any form of aid.

RESTRICTIONS ON THE EMPLOYMENT OF MINORS: Minors will no longer be allowed to be employed in locations where alcohol is produced, marketed or sold.

SALES PROHIBITION: Alcoholic beverages will be allowed to be sold in authorized locations; however they will not be allowed to be consumed in public spaces otherwise. Alcohol sales will be prohibited in education, health and sports facilities. The open consumption of alcoholic beverages will only be permitted in authorized locations.

CARGO PROHIBITED: Alcohol will no longer be sold in vending machines or through orders placed by telephone, television or internet, nor will alcohol allowed to be sent via cargo.

NO ALCOHOL TO BE SOLD ALONG HIGHWAYS: With the acception of accomodation facilities, alcohol sales will not be allowed at any venue or facility situated along highways or state roads.

A MANDATORY 100-METER DISTANCE TO PLACES OF WORSHIP: Commercial businesses must be located at least 100-meters' distance from places of worship and locations that conduct any form of educational services to be able to receive licensing for alcohol sales.

Minister of Customs and Trade Hayati Yazıcı responded to a parliamentary question submitted by MHP Ankara Deputy Özcan Yeniçeri regarding the use of electronic cigarettes which are seeing increasing demand for the claims it assists in quitting smoking. Mentioning that there are no 'licensed' electronic cigarettes in Turkey, Yazıcı stated that upon inspection of electronic cigarette advertisements, the decision was made to halt the advertisements made by 17 companies and to issue an administrative fine on said firms. Noting that they have yet to scientifically determine whether the propylene glycol and other materials used in electronic cigarettes and their cartridges are harmful to health and as a result their long-term effects have not been established, Yazıcı emphasized that at a meeting held on March 19, 2013 the decision was reached to halt the importing of these items as "medical products".

This is a translation of an article originally written by Zübeyde Yalçın and Uğur Becerikli.