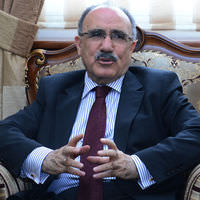 Deputy Prime Minister Beşir Atalay has announced that they have arrested nine suspected perpetrators of the bombing attack in Hatay.

Deputy Prime Minister Beşir Atalay announced on Sunday that at present, 46 people have died as a result of the Hatay bombings.

"Officials have identified 38 of the victims and have established that of that number 35 were Turkish citizens, while 3 were Syrian citizens," Atalay stated at a press conference which started at 12:30 yesterday.

Deputy Prime Minister Atalay went on to announce that they have apprehended nine perpetrators suspected of being involved in the Reyhanlı bombings, in which multiple explosions were set off on Saturday in the Hatay district located near the border with Syria.