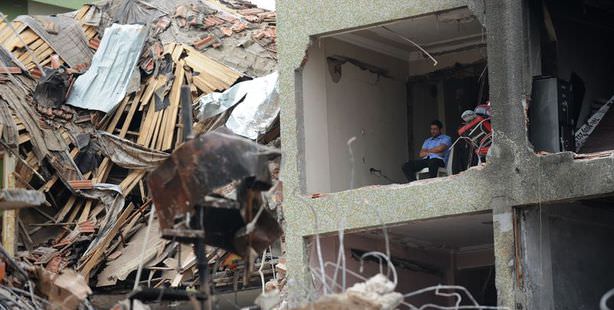 “We heavily condemn the attacks. We (the United States) will find the perpetrators together with Turkey.” Announced United States ambassador Ricciardone in regards to the bombing attacks in Reyhanlı.

"While mourning the victims that tragically lost their lives, we are also praying for those that were injured to return to full health as soon as possible. One behalf of the American public, I would like to offer Turkey my deepest condolences. We will help Turkey in whatever way we can to bring the perpetrators of this attack to justice," said Ricciardone.

NATO General Secretary Anders Fogh Rasmussen released a written statement commenting on the attacks, which stated; "I condemn today's attacks that were intended to take the lives of civilians, and led to many deaths. To the families of those that have lost their lives I express my deepest sympathies, and to those that are wounded I wish the quickest of recoveries. Our alliance is with the Turkish public and the Turkish state and let me repeat that we are fully behind them."

"The United States condemns [the] car bombings and we stand with our ally, Turkey. This awful news strikes an especially personal note for all of us given how closely we work in partnership with Turkey" said Kerry.