PM Erdoğan: Turkey will not be dragged into the bloody swamp of Syria 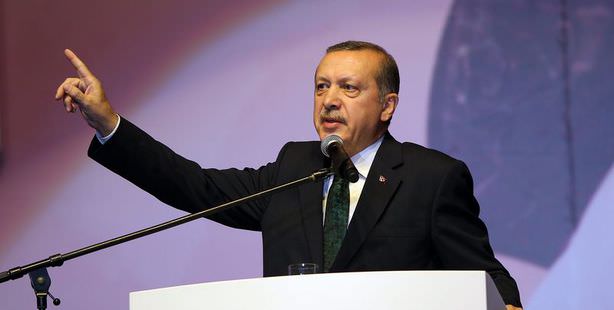 Erdoğan addressed a crowd at an event held in commemoration of Mother’s Day by the AK Party in which he expressed immense grief for the attacks in Hatay and said Turkey must remain composed against these sorts of provocative attempts to draw Turkey into the “bloody swamp of Syria.”

Prime Minister Recep Tayyip Erdoğan addressed an audience at an AK Party event held for Mother's Day in a speech which focused on the recent bombing in Hatay. The following are a series of excerpts from Erdoğan's speech on Sunday:

"To the mothers of those who lost their lives in Reyhanlı in the province of Hatay and to all of the brothers and sisters that have lost their loved ones, we feel the pain in our souls just as much as they do, we share in their pain. As a nation we are truly experiencing immense grief. With god's permission, the will of our public, patience, restraint and most importantly togetherness and unity and as one soul, we will overcome this pain, and will stand in the way of letting this ever transpire again.

We have to be composed, careful and sensitive to the farthest extent against these provocations that are attempting to drag Turkey into the bloody swamp that is Syria. Turkey's patience and reason is being blatantly tested. From the very beginning we have been extremely careful against these types of interventions. They will not be able to pull us into these insane traps. The Syria issue is not an issue with the AK Party, nor is it an issue of Recep Tayyip Erdoğan; it is Turkey's issue. The plane that was shot down was not the AK Party's, it was Turkey's plane. The police officers and the civil servants that were martyred were not the AK Party's they were Turkey's civil servants and police officers.

The Syria issue is not an issue with the AK Party, nor is it an issue of Recep Tayyip Erdoğan; it is Turkey's issue. It is an issue for the Turkish Republic, for the government and for our public."

This attack was not aimed at our policies on Syria; it was aimed at a Turkey that is growing in the region. This attack will not make us abandon our path; these attacks were aimed at our brotherhood and unity.

Some may be tied to the murderers in Damascus and those that are in favor of its illegitimate government in Damascus. Some may have connections to organizations with blood on their hands. Some may be within fanatic sects that enter a conflict with the intention of fanning the flames, but we will not allow this."