“There is a tragedy unfolding in Syria” 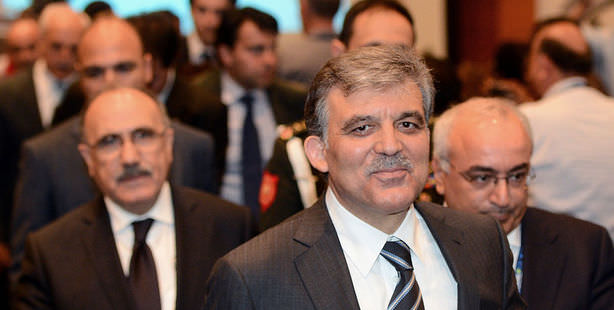 President Abdullah Gül spoke at the 38th Human Rights Federation World Congress held in Istanbul during which he said, “As the Arab awakening leads to significant developments in the region, in Syria unfortunately, a tragedy is unfolding.”

President Abdullah Gül participated in the International Human Rights Federation 38th World Congress held at the Lütfi Kırdar International Congress and Exhibition Palace. Delivering the closing speech, President Gül expressed how appropriate and historically significant it was that this congress is being held in Turkey, a country which is proud to uphold their values and at the same time is a Muslim country that has adopted such universal values of democracy, pluralism and human rights.

Emphasizing the significant strides they have made in terms of raising democratic standards in Turkey over the past ten years, President Gül stated, "Basic human rights and freedoms are not only our human rights but are also the rights we have gained since birth that are both unwavering and nonnegotiable. To recognize and secure these universal rights should not just be something a state discusses; quite contrarily it should be their basic responsibility and duty. I realized in the first few years I entered politics that human rights are an issue of honor for a country and a nation. Any politician with a conscience cannot hold his head high when there are widespread human rights violations transpiring in his country," said Gül.

Explaining that their objective has always been to establish the most modern a high standards of human rights, Gül said that the government program he prepared in 2002 when he was elected Prime Minister included determined and effected steps to conducted rooted democratic reforms in order to ensure Turkey reaches an advanced level of standards. "I am pleased to say that within the framework of this vision, over the past ten years, Turkey has made great strides in terms of lifting the nation's democratic standards. During this process, we have left a lot of taboos behind us. Whether it be political or civil rights, economic or social rights, the liberties of our public have expanded. In short, we have kept our house in order and we continue to do so," said Gil.

Calling the situation in Syria a tragedy, President Gül stated, "Unfortunately as the Arab awakening leads to significant developments in the region, in Syria a tragedy is unfolding. We are face to face with a regime that attacks the Syrian public which like the Arabs demands a more democratic, free and dignified order, with heavy machinery and ballistic missiles. Syria is literally destroying itself in front of the world's eyes. Some of the most important legacies and cities in the world are being destroyed before our very eyes."

Calling the loss of nearly 100,000 lives the greatest cost of this civil war, Gül stated, "A total one million of our Syria neighbors have been forced to flee their country, with nearly 400,000 in Turkey alone. There are an additional four million Syrians that are currently displaced within their own country. The situation in Syria does not pertain to a certain region or political view; it has become a grave human rights issue that involves the entire international community. Halting the bloodshed and for the Syrian public to be led without fear by a free and honorable democratic system should be all of our collective responsibility."

President Gül also touched upon the Israel-Palestine issue by stating that a geography where peace has not been established cannot be expected to grow roots. "First and foremost it is crucial that permanent and just peace is established in all channels of the Arab-Israeli discord and primarily the Palestine issue which has pained our conscience for 65 years now. The greatest duty befalls Israel, which has taken away the Palestinians basic rights through occupation, blockades and new settlements.

Israel should not allow the opportunity for itself to quite literally become an island of apartheid in this sea of rage created by the new political climate I am talking about. The ultimate result would not only be destabilizing the region but it would also harm Israel's security," stated Gül.