“If you give us weapons we’ll take Assad down” 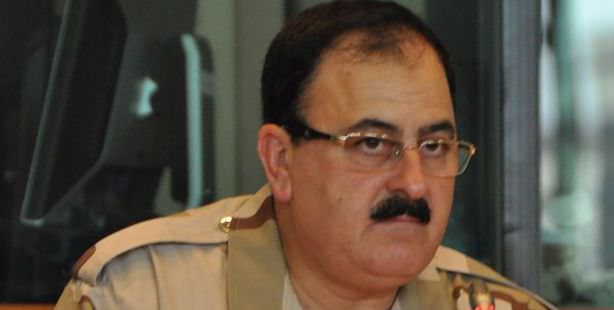 During the latest meeting of Syrian opposition forces, General Salim İdris, who has been elected Chief of Staff, stated, “If the West provides us with weapons, we will topple Assad in two to three months.”

During a recent meeting of Syrian opposition forces, General Salim İdris, who has been elected Chief of Staff, said that although they had the necessary manpower to fight the Assad regime, the opposition is in need of weapons. Commenting on the airstrike in Syria by Israel, İdris stated that there is no way they will accept foreign intervention no matter who it is from. "We are definitely against Israel striking Syria. Even if the Assad administration uses chemical weapons and kills all of us, we could still never accept Israel striking Syria. We already have the manpower to suffice against the Assad administration. We are only facing difficulties because we do not have the weapons."

'OUR NEEDS ARE AT THE HIGHEST LEVEL'

In Turkey to hold a number of special meetings, SABAH had the opportunity to speak with Salim İdris at the International Defense Industry Fair (IDEF 13) held earlier this month. Commenting on the civil war in Syria, Free Syrian Army Commander İdris, who is leading the front against the Assad regime, stated "Our needs are presently at the highest level.

When we asked Salim İdris to comment on the Baniyas Massacre, which is currently being discussed all over the world, the Free Syrian Army Commander said it was an attempt at ethnic cleansing. "Without differentiating between women and children, hundreds of innocent people were killed in Baniyas. The ones responsible are those conducting Shabiha, in other words Ali Kiyali, Mihraç Ural and his men," said İdris.

When discussing Mihraç Ural, who is also on Turkey's intelligence radar, we asked Salim İdris to verify the information received that the terrorist organization DHKPC has established a base in Ras-el Basit, an area which is Ural's control. İdris responded by stating: "Yes, there are camps as such in Syria right now. And not only the one you have mentioned, but there are also others. These camps are so tightly protected that there is an eight-kilometer security perimeter. However, we will not stop tracking them down and we will punish them to the fullest degree."

Salim İdris concluded his comments by summarizing the following: "We are truly in a difficult position at the moment because we do not have enough weapons or ammunition. Weapons and ammunition are more import for us than food and medicine. If the international community were to give us munitions we could topple Assad in two-three months. There have been a number of initiatives to provide us with weapons. We are waiting on such a decision to be made by the United States or western nations at any moment."

This is a translation of an article originally written by İsmail Umut Arabacı.