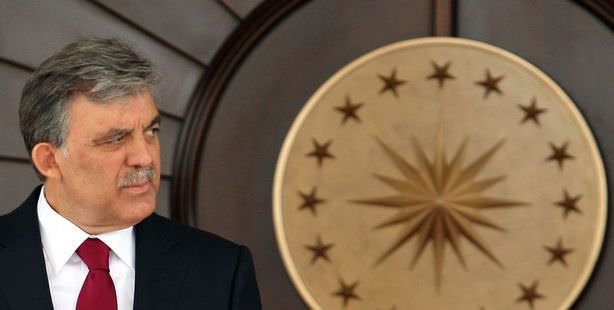 Commenting on the protests regarding Taksim’s Gezi Park, President Gül stated, “Our security forces need to act with more diligence than ever when fulfilling their duties and must take care to act with restraint when intervening in order to not allow for these upsetting images to surface.”

President Abdullah Gül released a written announcement on Saturday stating, "It is a matter of course that a variety of opinions, perspectives, assessments, stances and views surface on significant issues in Turkey, a country which believes in the superiority of democracy, plurality and law and is determined to progress even further in these areas.

What is important is being able to discuss these issues in a civilized manner: to be open to dialogue and to lend an ear to differing opinions. In a democratic society, reactions should be expressed in a way that will not give rise to exploitation, by adhering to the law and with common sense and calm. At the same time, officials should also exert further effort to heed differing perspectives and concerns.

What befalls on all of us in order to bring moderation to these events, which have been ongoing for a few days now in Taksim and unfortunately reached a level of concern yesterday, is further maturity.

Our security forces need to act with more diligence than ever when fulfilling their duties and must take care to act with restraint when intervening in order to not allow for these upsetting images to surface."

I HAVE SHARED MY CONCERNS WITH THE GOVERNMENT

"This morning I spoke with a number of government and state officials, especially Mr. Prime Minister to discuss the matter. I believe that everyone will do their share to ensure calm and for this issue to be resolved once again through discussions in a way that will befit us," said President Gül.