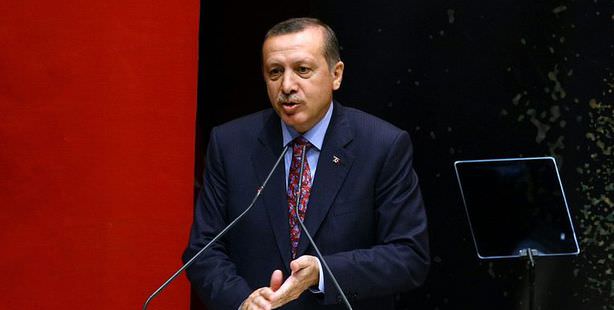 Security forces, which were deployed in full force in Taksim are now withdrawing. Demonstrators are being allowed to enter the controversial Gezi Park as well as the historical Taksim Square.

In a new development following an address by Prime Minister Recep Tayyip Erdoğan, police have removed the barricades closing off Taksim's Gezi Park and is now allowing protesters to enter the region. Police were also seen withdrawing from Taksim Square as demonstrators flocked to fill the historic center.

As police were withdrawing, protesters began throwing stones and bottles, forcing repeated intervention. A majority of the security forces that were in Taksim have boarded their buses for the Dolmabahçe area.

The unprecedented protests began over plans to redevelop the park, which included widening the pedestrian walkway. Demonstrations have quickly escalated with Istanbul police using cannon water and tear gas to disperse protesters. Prime Minister Erdoğan acknowledged in an address earlier on Saturday that police may have used excessive force, an issue which he has ordered the Interior Ministry to investigate.

Main opposition Republican People's Party (CHP) has rerouted a long-planned meeting on the Asian of the city to meet in Taksim Square later on Saturday.

Prime Minister Erdoğan said on Saturday that the excessive use of force by police to disperse demonstrators protesting the redevelopment plans in Taksim's Gezi Park will be investigated.

Prime Minister Recep Tayyip Erdoğan addressed a general assembly of the Turkish Exporters Assembly on Saturday (TİM) when he stated that he has ordered the Interior Ministry to investigate the excessive use of pepper gas by police forces to disperse demonstrators protesting the planned demolition of Taksim's Gezi Park and called on protestors to put an immediate end to demonstrations.

Erdoğan said Turkey is a country where the parliamentary system successfully operates according to rules and regulations and stated, "Every four years we hold elections and this nation makes its choice. Those who have a problem with the government's policies can express their opinions within the framework of law and democracy… I am asking the protesters to immediately end these actions."

Erdoğan vowed to push ahead with the redevelopment of the city's central Taksim Square, a plan which triggered the demonstrations, and said the issue was being used as an excuse to stoke tensions. "I am not at all claiming that the government which has received the majority votes has unlimited authority, can be irresponsible nor can do whatever it wants." The Prime Minister stated that everyone who has an issue with the actions of the government can express their reactions democratically and legally, however attempts to seek results outside of the poll booth are both anti-democratic and illegal. "Everyone has the right to express their ideas and to demonstrate in this country; however nobody has the right to illegally occupy an area."

Erdoğan went on to state, "We will be rebuilding the historical Artillery Barracks (Topçu Kışlası). Why, because it was already there," and said it may become a city museum. "No definitive decision has been made yet, however it is being portrayed as if the building is going to be entirely turned into a shopping center."

The Prime Minister said that it was a great injustice to portray this government as being anti-environmental and noted that the work going on right now in the area was not at all related to the plans to rebuild the historical barracks.

Acknowledging that there may have been a disproportionate use of tear gas by police, Prime Minister Erdoğan said that he has sent orders to both the ministry and the governorship to investigate the situation and called on an immediate end to the demonstrations, requesting that pedestrians, merchants and tourists not be subjected to further harm.