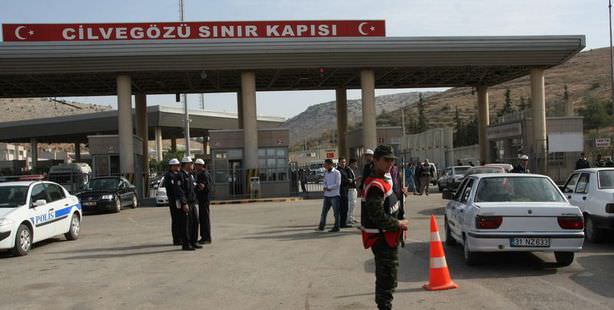 The dirty forces in Syria have surfaced once again. Security forces have confiscated 400-kilograms of explosives in a vehicle at the Babel Hawa Border Gate located near Cilvegözü.

Syria, where the flame of the uprising continues to burn, has yet to feel satiated from the bloodshed.
After the bombings suffered in Turkey's Cilvegözü and Reyhanlı border towns, yesterday 400 kilograms of explosives were confiscated in a truck located near Turkey's Cilvegözü Border Gate. According to the information obtained, these explosives were intended to be used to shed bloodshed in an attack in Turkey.

Turkey has already suffered a series of bomb attacks along its border with Syria. An attack on the Cilvegözü Border Gate killed 17, while twin bombings in Reyhanlı resulted in 52 devastating deaths.

While Turkey is currently dealing with a number of unfortunate successive developments, yesterday a serious disaster was successfully averted. At a security checkpoint in an area located near the Babel Hawa Border Gate in Syria, which is currently under the opposition's control and just three kilometers' distance from the Cilvegözü Border Gate located in Hatay's Reyhanlı district, 400 kilograms of explosives were confiscated from a vehicle. The explosives were supposedly intended to be used in an attack directed at Turkey.