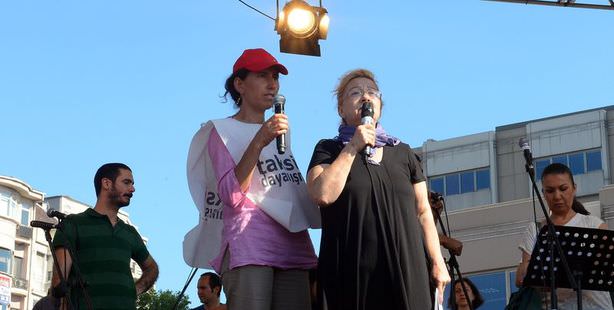 Prime Minister Erdoğan will be meeting with a delegation representing the Gezi Park protests on Wednesday.

The state is tying up the final details of the ongoing efforts to communicate with the youths involved in staging the Taksim protests. While there are no distinct representatives and leaders of the Gezi Park protests, efforts are ongoing to ensure that the right individuals and not members of leftist groups or other organizations attempting to exploit the situation are selected for the delegation to meet with the government.

The Taksim delegation, which will receive an official invitation today, will consist of architects, students, journalists, academics and actors. The list, which was clarified last night, includes Hayko Bağdat, theater performers Ahmet Mümtaz Taylan, writer Oral Çalışlar, expert architect Mücella Yapıcı, architect Korhan Gümüş and academic Betül Tanbay. According to the information obtained, the list will be finalized today and will also include high school and university students.