AK Party Spokesman: “We could hold a referendum” 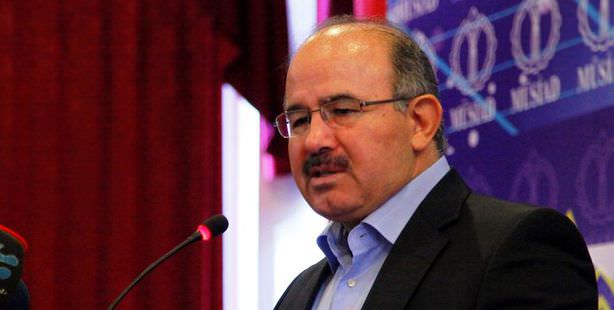 AK Party Spokesman and Deputy Chairman Hüseyin Çelik says that if desired they could hold a referendum for Gezi Park.

Ruling Justice and Develpment Party (AK Party) Spokesman and Deputy Chairman Hüseyin Çelik discussed the events that transpired in Taksim last night on the Habertürk news broadcasting television station. "Those who refer to the Prime Minister as a dictator should wash their mouths out," stated Çelik adding that if necessary they could even hold a referendum amongst all Istanbul residents on Gezi Park.

The following are a series of excerpts from last night's special guest Hüseyin Çelik:

ARE THE BANNERS THERE ACCEPTABLE?

"Let's envisage the picture unfolding in Taksim Square. Are the banners there acceptable, or for that matter the unimaginable curses, are they acceptable? Those who are obstructing the freedom of citizens to travel are not conducting a democratic protest."

WE DID NOT WANT ANYONE'S NOSE TO BLEED

"Ultimately, an extraordinary amount of effort was exerted in order to ensure that no one's nose bled and no one was harmed. The police have had to use tear gas from time to time. You have seen the stones thrown at police officers heads'. You have seen how they have attacked us with Molotov cocktails."

WE ARE AT THE SERVICE OF THOSE WHO HAVE REASONABLE DEMANDS

"It was stated that there would not be an operation staged on Gezi Park. We will reach a solution that will alleviate people's concerns. However, the situation in Taksim Square and in front of the Ataturk Culture Center (AKM) reached a level that no public official could accept. We are at the service of those who have reasonable demands."

"We saw members of illegal organizations carrying their flags and entering the square where they attacked police. If an activist resorts to violence, uses brute force and harms public property or other people, then even if they are right, they will then become wrong."

JUST COME TO THE TABLE WITH GOOD INTENTIONS

"In sensitivity to environmental issues, Mr. Prime Minister will be meeting with a delegation tomorrow. I will also be at that meeting. In these types of meetings, if you come to the table with good intentions, then there is nothing civilized people cannot discuss and reach an agreement on."

THIS PROJECT WAS APPROVED BY THE MUNICIPAL ASSEMBLY

"If they put forth demands such as this and that should be built, because we don't want it, well then I am sorry, but we will not consider these to be reasonable and legitimate demands. They have also objected to the Third Bosporus Bridge and the Keban Barrage in the past."

THIS PROJECT WAS SHARED WITH THE PUBLIC

"No one is obligated to think the same way we do. Objections can be expressed in a democratic manner. This happens to be one of the projects Mr. Prime Minister plans to realize in Istanbul. This project was shared with the public earlier in a presentation that included animation."

SOME ARE PORTRAYING THE PROJECT AS IF IT IS SOMETHING NEW

"This project was approved by CHP and AK Party Deputies at the Istanbul Municipality Assembly. However, certain individuals stepped in and presented the project as if it was something new. Our democracy is a representative democracy. Therefore, we cannot gather all of Istanbul to ask 'what do you want' on the issue."

IF DESIRED WE COULD GO TO A REFERENDUM

"If there is a great desire, we could hold a referendum within the borders of Beyoğlu, or even one that comprises all of Istanbul. Never mind a referendum; we could also hold a public survey. Citizen satisfaction is important in a democracy. Why don't you just ask the Istanbul public, how many are in favor and how many are not?"