EU Minister Bağiş: “Every crisis has made Erdoğan stronger” 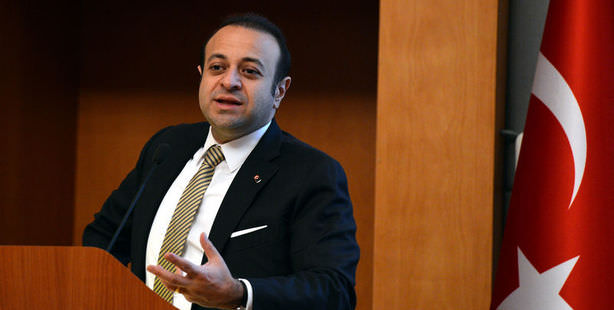 Explaining that the Gezi Park protests were planned six months ago, EU Minister Bağış states, “These protests are an attempt to trigger a move which will end in regime change in Turkey.” Bağış also discussed Prime Minister Erdoğan’s style with the Wall Street Journal.

Turkey's European Union Minister and Chief Negotiator Egemen Bağış, provided an interview to Wall Street Journal on Thursday and spoke on a television broadcast on Sunday during which he stated, "These protests are an attempt to trigger a move which will end in regime change in Turkey. There have been preparations for this which began at least six months ago."

The following are a series of messages delivered by EU Minister Bağış during his interview with Wall Street Journal and last night's television broadcast:

"Some of the statements made and the resolution issued by the Parliament are out of line… They are really out of touch. My Prime Minister has tried to establish a dialogue with demonstrators since day one. Yesterday he spent more than 4.5 hours in a meeting with representatives of the demonstrators, and he is really trying to understand, to comprehend them. And Deputy Prime Minister Bülent Arınç held a meeting with the members of the board of the Taksim Platform. The members of the European Parliament did not make such calls when there were much more severe examples of police brutality in their own countries…"

"I think that some cannot digest the fact that Turkey is growing. Because in the old days, when the inflation and the interest rates were very high in Turkey, some groups were making too much money on the money that Turkey was borrowing. Now they can't. And that may be bothering them."

"I hear some politicians making calls to freeze relations with Turkey. Whereas Turkey today has the most progressive, self-confident, and reformist government in Europe, and Prime Minister Erdoğan is the most popular leader in Europe."

"In Syria, a dictator is killing hundreds of citizens of its own country every single day. CNN International ignores that, but runs a three-hour non-stop report from Taksim Square, without commercials."

"The Prime Minister's style has not changed in the last twelve years. This is the style that gave him 35 percent of the votes in 2002, that increased the votes to 47 percent in 2007 and to 50 percent in 2011. His style is his style. He is by far the most successful Prime Minister of this country."

"This is not the first time Tayyip Erdoğan is managing a crisis. His whole political career is built on crisis management. And every crisis has made him stronger. And I am sure that the Prime Minister will come out of this crisis even stronger than before."

"The minute the protesters go home, the police will go home, too."

PROTESTS WERE PLANNED SIX MONTHS AGO

Egemen Bağış participated in a television broadcast on Sunday night during which he stated that the protests are about much more than Gezi Park, a fact which the protesters themselves have admitted. "These protests are an attempt to trigger a move which will end in regime change in Turkey. There have been preparations for this which began at least six months ago. We have documents to prove this," stated Bağış.