“Our democracy was not harmed in these attacks” 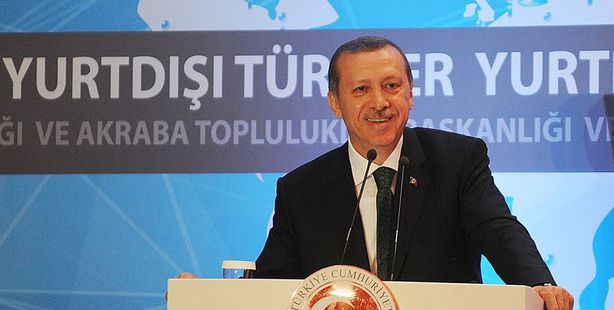 Responding to the European Parliament resolution condemning the police crackdown on protests sparked by redevelopment plans for Gezi Park, Prime Minister Erdoğan stated “They are confused. They have no fidelity,” and added that European politicians and institutions instantly laid down their masks in order to provoke events.

Prime Minister Recep Tayyip Erdoğan said that certain people who appeared to be comrades have displayed just how insincere they are in response to the Gezi Park protests, which he referred to as a "small-scale social movement" and stated "certain media establishments, certain European politicians and institutions immediately laid down their masks and showed their true faces before even understanding the events, listening, or evaluating the situation and partly in an effort to provoke events."

In reference to the European Parliament (EP) resolution on the Gezi Park protests, Erdoğan stated, "They are confused. They have no fidelity." The following are a series of excerpts from Erdoğan's delivery at the Advisory Committee for Turkish Citizens Abroad:

* "Over the past three weeks in Turkey, what began out of environmental awareness, later led to extremely organized and unpleasant events that were nourished at the same time by an extremely dark focus against democracy, national will and a government that was elected to power through the preference of the public.

* The world showed its true face. Just how this small-scale social movement was not comprehended correctly and was compared by some to the social movements similar to those that transpired in North Africa and the Middle East, certain individuals that appeared to be comrades have revealed just how insincere and artificial they are.

* Certain media establishments, certain European politicians and institutions immediately laid down their masks and showed their true faces before even understanding the events, or listening, or evaluating the situation and partly in an effort to provoke events.

* Turkey used to be the type of country where the international media, certain international institutions and especially certain international capital circles were able to write scenarios on Turkey and apply them. Three sentences printed in any newspaper in the West used to rock Turkey's agenda and had the ability to turn the economy upside down. In the past, and if the idiom can be applied, if the Tokyo Stock Exchange or the New York Stock Exchange so much as sneezed, Turkey's economy would suffer pneumonia.

* However, right now, as the entire world and all developed economies have been experiencing a deep crisis for the past four years, Turkey's economy is experiencing stable growth and progression. Despite all of the traps, in the first quarter of 2013 as they are all collapsing, we once again recorded three percent growth. This is no longer a Turkey whose agenda is determined by others, this is a Turkey who determines the agenda itself.

A TEST OF DEMOCRACY

* The point where we have reached today is a Turkey that is strong in all aspects and has high objectives in every area. With these recent developments, not just from a domestic standpoint and in terms of our comrades abroad, Turkey's economy and democracy has passed a very important test. Due to the strong foundation laid, neither our economy nor our democracy has been harmed as a result of these attacks. This era, carries much importance in being a time in which hearts are won.

* You see the decision made in the EU by the European Union Parliament. They are confused. They have no such thing as honesty or fidelity. Are you authorized to make such a decision regarding us? You are anti-democratic. I don't recognize this type of EU Parliament."