What is Claudia Roth doing in Taksim? 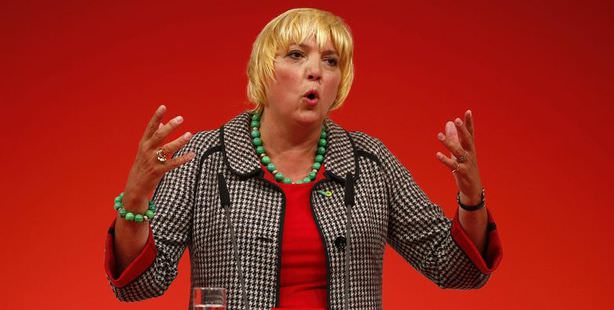 Infuriating Germans, Green Party Co-Chair Roth was subjected to pepper spray in Istanbul. Commenting on the incident, German nationals say, “It turns out Erdoğan was right in saying that there are foreign forces triggering Taksim, and Roth’s presence is now proof.” Other comments include, “If Abdullah Gül showed up at Occupy Frankfurt of if Erdoğan was involved in the Stuttgart 21 demonstrations, the ground would shake!”

GERMANS: CLAUDIA ROTH HAS PROVEN ERDOĞAN'S STATEMENT THAT THERE ARE EXTERNAL FORCES BEHIND THE 'GEZİ' PROTESTS TO BE TRUE

German's are infuriated with the fact that Germany's Green Party Co-Chair Claudia Roth was present amongst demonstrators in the Taksim Gezi Park protests.

An article entitled, "What is Claudia Roth doing in Istanbul" released in Focus Magazine, shares the views of German citizens on the matter.

Speaking to the magazine, a number of Germans provided quotes such as, "It is unbelievable that while she should actually be standing up for a democratically-elected prime minister, Roth instead supported anarchists, she has put Germany to shame."

The following are a series of views shared by German nationals on the issue to Focus Magazine:

SHE SHOULD HAVE BEEN ARRESTED

- Jenny Repanic: "It is unbelievable that while German politicians should actually be standing up for a democratically-elected prime minister, Claudia Roth instead took sides with anarchists; she has put Germany to shame. She should have been arrested by Turkish police. Roth is the proof of foreign powers in Turkey."

- Hartmut Kasper: "What sort of political basis could warrant legitimizing Claudia Roth's interference in another nation's internal affairs? There is no need for romanticism. Erdoğan was elected by the people and if need be, the people can bring him down with another election. I hope that Roth was there advising protesters to correct their errors in the next election."

- Gerd Stanhoener: "Instead of filling sandbags for the storm in Germany, she deserts the country, thereby showing her stance regarding the German public."

- Rudi Rentner: "If Abdullah Gül showed up at Occupy Frankfurt of if Erdoğan was involved in Stuttgart 21 demonstrations, the ground would shake!"

CLAUDIA WHO ASSIGNED YOU THIS JOB AND WHO ARE YOU BEING PAID BY?

- Florian Ledderbogge: "The fact that she remained there despite being in full knowledge that the police would be intervening brings to mind the question of whether she had something in mind or whether she is just stupid."

- Udo Frohnapfel: "There was no need to go to Gezi. Where were you on June 1, 2013 during Frankfurt Blockupy. Police exerted violence there as well. Where were you Ms. Roth?"

- Mia Mayer: "Is democracy at work for us, just ask Mollath and the retired, wasn't his eye dislocated by water cannon?"

- Mirco Cramer: "She should pray because she wasn't treated like an agent."

- Sinan: "Erdoğan is definitely not a despot. The public is very fond of the work he does. He has won a victory three times in elections. There could be off-center people everywhere. If we had occupied a park in Germany for two weeks, we Germans are very well aware of what would have happened."

- Volker Heinrichs: "Roth answer me just this. Who assigned you to this task and who are you being paid by?"