Finance Minister Şimşek: “It is difficult to comprehend why British intelligence would monitor a minister” 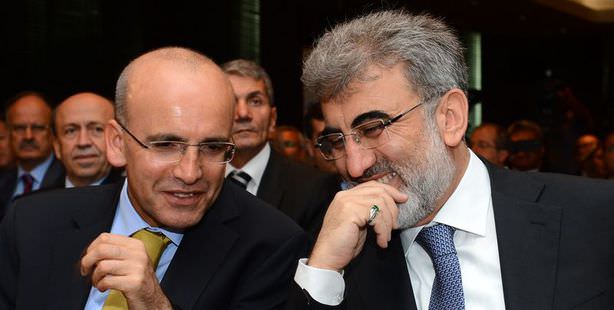 Finance Minister Şimşek commented on allegations reported in The Guardian that he was monitored by U.K. intelligence, by stating that Foreign Ministry officials are taking the necessary measures.

Responding to questions from the press following a handing over ceremony for the Seyitömer Thermic Power Station, Finance Minister Mehmet Şimşek stated that Turkey's Foreign Ministry is currently taking the necessary measures in response to the allegations purported in a report by the English newspaper The Guardian that he and members of his delegation may have been bugged by U.K. intelligence.

Şimşek stated that the Foreign ministry has both released an announcement in addition to taking whatever measures necessary in light of allegations surfaced in The Guardian that intelligence tapped the phones of the Finance Minister as well as members of his delegation during his trip to England for the 2009 G-20 meeting.

When asked why he may have been targeted for monitoring, Şimşek responded, "They supposedly wanted to learn our views on financial regulation and reform. They wanted to find out information about our dialogue with other G-20 nations and our willingness to co-operate. That is as far as I have been able to follow from the press."

'THE MINISTRY IS DOING WHATEVER NECESSARY'

Expressing that the required reaction has been relayed, Şimşek stated, "If there is any other step to be taken then our Foreign Ministry will be the ones to establish that," adding "our Ministry has taken the necessary steps and will continue to do so."

Şimşek stated that the door to dialogue was already open during the G-20 timeframe and noted that he had a difficulty in understanding why they would try to engage in such efforts. "After our Foreign Ministry's initiative on the issue, we may reevaluate the situation," said Şimşek.