Davutoğlu: We are uncomfortable with certain statements 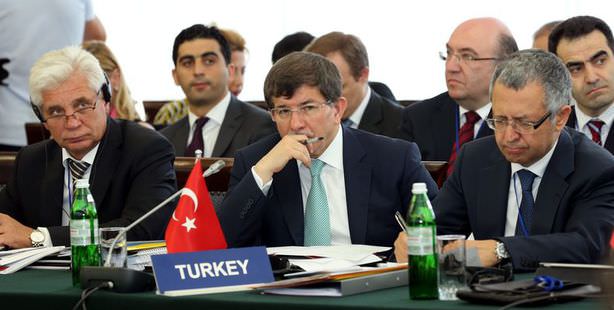 As both Turkey and Germany summon each other's ambassadors, both Foreign Minister Davutoğlu and EU Minister Bağış commented on the escalating tension.

Foreign Minister Ahmet Davutoğlu and EU Minister and Chief Negotiator Egemen Bağış had the following to say regarding the tension with German Chancellor Merkel and the possibility of Germany posing an obstruction to the opening of a new "chapter" in Turkey's membership talks next Wednesday.

Davutoğlu: I spoke with Ambassador Karslıoğlu over the telephone. Certain opinions were expressed to him and he responded with answers that reflect our perspective. Furthermore, we are also quite discomforted by certain statements made in Germany. It would be completely unacceptable for the opening of a chapter to be obstructed due to the correlation of unrelated factors on the issue. We will be evaluating the nations that take a certain stance on Turkey."

Bağış: We are sad to see that our German friends have taken offense and have misread some of our comments. In all honesty, our statements have always been within the framework of sincerity and are a reflection of our expectations of our unwavering cooperation between Turkey and Germany to channel the EU process. Germany's stance directed at delaying the opening of a chapter in negotiations is disappointing. I don't find it becoming of Ms. Merkel, who is one of Europe's most experienced authorities.