Restrictions to be implemented on police use of tear gas 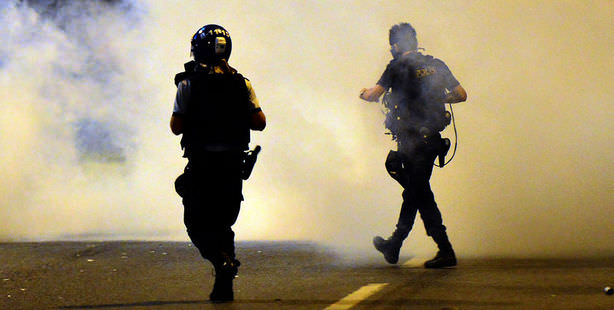 The Ministry of the Interior has issued a new directive to governorships which orders police to issue verbal warnings prior to the use of tear gas and to allow time for those who wish to disperse without conflict to be able to do so.

The Ministry of the Interior has sent out a new directive to governorships throughout the country which implements certain regulations for the use of tear gas. In situations leading to public disorder, security forces will have to issue a verbal warning that they will be using tear gas in order to allow for those wanting to disperse on their own accord to be able to do so. In addition, the use of tear gas will only be a measure to disperse crowds following the use of water cannon.

The memorandum, signed by Interior Minister Muammer Güler and sent out to governorships throughout the nation emphasizes that in light of the recent protests, in which innocent bystanders as well as security force personnel fell prey to the effects of tear gas, the decision was made to adopt the following measures as determined at an April 18 Workshop on Reducing the use of Gas Ammunition in Containing Social Events:

In measures to be adopted in containing social events, Riot police or other police chief assistants from the Security Department Directorate will be assigned to take on duty.

In occasions in which security forces need to disperse illegal social events, prior to the use of tear gas, vehicles with megaphones will release verbal warnings that tear gas will be used in order to allow innocent bystanders and those who want to disperse on their own accord the opportunity in which to do so.

Police will first attempt to intervene on incidents using water cannon from riot control vehicles after which they will resort to using tear gas.

Prior to the use of tear gas ammunition, police will be able to use weapons that release capsules of paint or tear gas.

Prior to the use of tear gas, extreme efforts will be paid to ensure there are no schools, hospitals, day care centers or elderly care homes in the vicinity. Maximum care will also be paid to ensure citizens that are not involved in the social event are not affected by intervention measures.

Police will determine a strategy of intervention that will take into consideration the profile of the group in question and whether they include, women, children, the elderly or the handicapped.

In certain situations, in lieu of using gas cartridges, security forces may instead intervene with sound or light cartridges or other forms of ammunition that release loud noises.

Units consisting of armored vehicles used for mobile intervention with an increased capability of movement will be established, thereby ensuring a lesser degree of tear gas usage by conducting arrests and detainments.

In order to prevent the use of excessive force or tear gas, both the intervention and those being detained will be recorded via camera footage.

In cases in which events necessitating the use of tear gas for intervention ensue for an extended period, the use of gas will be halted intermittently in order to allow the crowd to disperse.

Other than situations of revolts or in which police are targeted in attacks, security forces will refrain from using gas as a method of intervention.