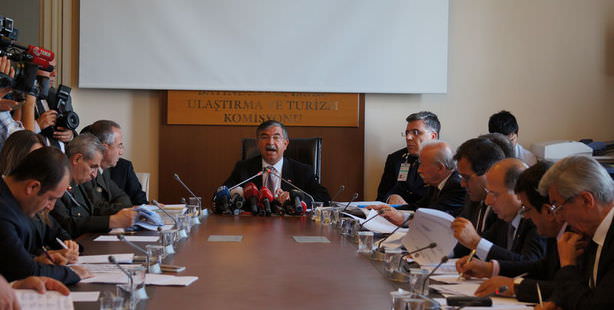 The Parliamentary National Defense Committee passed a proposal late on Monday to modify Article 35 of the Turkish Armed Forces Internal Service Code, which served in Turkish history as a justification of military coups for decades.

On Monday, the Parliamentary National Defense Commission passed a proposal amendment of Article 35 of the Turkish Armed Forces (TSK) Internal Act, which has regularly been considered a pretext to coups in the nation.

Last week, the ruling Justice and Development (AK) Party government submitted a draft law to amend Article 35 of the Turkish Armed Forces (TSK) Internal Service Act, which states, "The TSK is responsible for protecting the Turkish land and the Republic of Turkey as defined in the constitution." The amendment passed by parliament redefines the mission of the Turkish Armed Forces and of military service as being, "to defend Turkish land against threats and dangers from abroad." The former definition has been used as the justification of a number of military juntas.

Commenting on the proposal, which was passed by the committee on Monday with a majority vote, national Defense Minister İsmet Yılmaz stated, "There is no problem with doing something today that has been long-delayed. If there is a need to do something, then this need must be fulfilled as soon as possible." Main opposition Republican People's Party (CHP) Bursa Deputy Turhan Tayan criticized the expediting of the deliberations on the proposal.

Responding to questions in Parliament, Bekir Bozdağ stated that they plan to legalize the draft law prior to the session break on July 7th. The Parliamentary Reconciliation Commission has completed all efforts regarding the preparation of new internal regulations. However, a consensus was failed to be reached on a number of prime issues. Those items which failed to reach conciliation will be presented to Speaker of the Assembly Cemil Çiçek.