The solution process is being sabotaged for smuggling 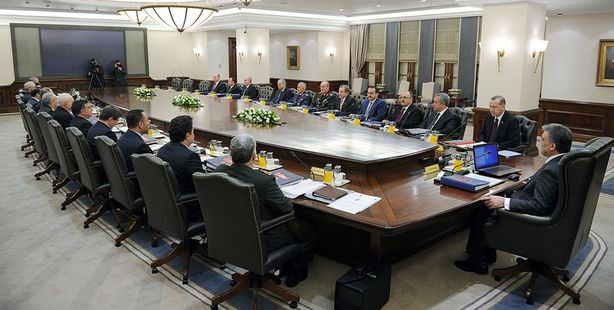 The National Security Council’s June meeting focused on the increasing cases of smuggling along the Syrian border.

During the June meeting of Turkey's National Security Council (MGK), the military presented a report on the effects of smuggling across the Syrian border. According to the report, certain members of the PKK are provoking smuggling across the border while members of the PYD, the terrorist organization's Syrian wing, have also been involved in a number of incidents involving smuggling.

It was emphasized during the meeting, that there are intentions to sabotage the ongoing resolution process in order to allow for the continuation of smuggling operations, which, was pointed out, is being conducted under the shadow of the terrorist organization.

During the meeting, a briefing was also delivered on smuggling activities and illegal border crossings. The meeting also focused on the ongoing solution process, during which it was emphasized that the number of PKK members that have exited Turkey's borders have been insufficient.

This is a translation of an article originally written by Ceyda Karaslan.