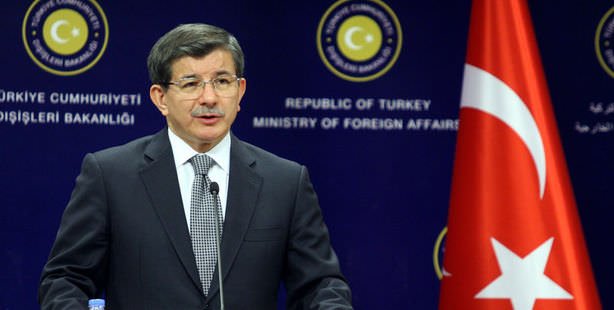 Turkey has called for restraint from Egyptian President Mohamed Morsi’s supporters and dissidents protesting on the streets in Cairo.

Turkey's Foreign Ministry released a statement on Wednesday, commenting on the escalation of events which have led to the ousting of Egyptian President Mohamed Morsi, placing him under house arrest and the appointment of Adly Mansour as interim president as part of a roadmap established by the military until presidential elections are held in the country turned to turmoil.

"Turkey considers the stability and security of its friend and brother Egypt of vital importance for both Turkey and the region as a whole" said the statement issued by the foreign ministry. The Egyptian public and the administration have the power to establish a roadmap within a democratic framework in order to overcome the current crisis.

To respect the will of the Egyptian public by remaining within the legitimacy of the constitution, will only further strengthen the democratic system in Egypt. Our wish is for violence to be evaded, the superiority of the law to be respected and deliberate action to be taken. We are deeply distressed at this point in time by the events that have occurred among groups of differing views, which have also resulted in the loss of lives" said the statement.

Foreign Minister Ahmet Davutoğlu has discussed the situation in Egypt with a number of his counterparts over the phone. Prior to departing for Singapore, Davutoğlu had discussed the issue with foreign ministers from the United States, Britain, France, Germany and Qatar.