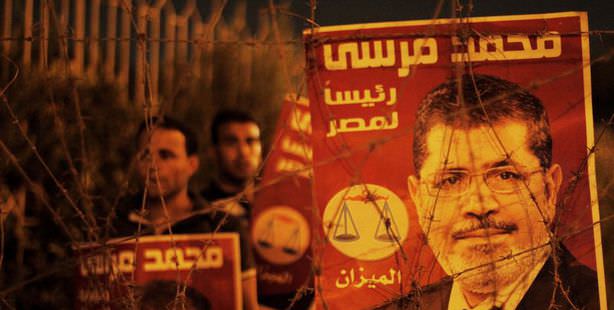 Ankara has established its road map in relation to the recent developments in Egypt. Turkey will be exerting efforts in the international arena in order to ensure a secure democratic transition and an unbarred election.

While speculation abounds as to whether Ankara will or will not except the interim government following the military coup staged in Egypt on Wednesday, the Turkish government is now honing in on establishing what their next step will be.

The Turkish government has been observing the developments experienced by their neighbors following the coup d'état and will be exerting efforts to ensure there is a painless democratic transition. Yesterday, Turkey's policy on the matter was formulated during a summit which convened in Istanbul's

Dolmabahçe Palace led by Prime Minister Erdoğan and attended by high-level government officials. According to the formula established, Turkey will be exerting international efforts in order to ensure that members of Morsi's government are not barred or their liberties restricted and to secure the guarantee that all political segments will be included in the next elections.

According to the government's policy, priority will be placed on ensuring illegal detainments do not occur and that a just election process is implemented. Efforts will be made to ensure that the overthrown Egyptian President Mohamed Morsi and his team are not subjected to any form of revenge or witch hunt. A call will also be made on an international platform against any arbitrary detainments. Meanwhile, the issue of ensuring that a call for an election in Egypt, which held its first free elections following the January 25 revolution, is made as soon as possible will also be brought to the agenda.

AN ASSESSMENT OF RISKS

While the government lays its Egypt policy on the table, all possible risks that could backtrack the democratic acquisitions in Egypt were discussed in detail. Accordingly, the greatest risk posed for Egypt at this stage appears to be the electoral system. It was pointed out that even if an election ban is not implemented, the fact that Egypt does not yet have an electoral system in line with democratic and legal norms could pose difficulties in the holding of a fair election in the short term. There are concerns regarding the potential manipulation of election results due to the electoral barriers, the long and gradual voting process and the influence of the Supreme Election Board in counting votes. Once the election timeline has been established, Turkey will be intensifying efforts to ensure a fair and transparent election is held in Egypt.

This is a translation of an article originally written by Mesut Er and Mehmet Ali Berber.