"General Sisi’s coup was staged against the public” 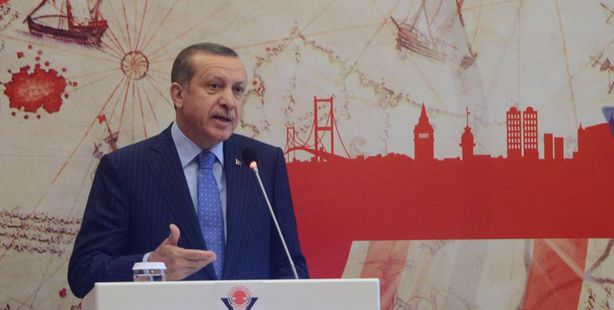 "A coup, wherever in the world it transpires, also targets the public, the future and democracy,” said Prime Minister Erdoğan, adding that those who do not respect the poll booth have no respect for their own people or history.

Speaking at the closing of the "Second Congress of Turkish Scientists Abroad", Prime Minister Recep Tayyip Erdoğan stated that anywhere in the world, military coups staged against democratically elected governments were bad as they target both the public and democracy.

Prime Minister Erdoğan called on Egypt's politicians, military and civil bureaucracy to pay head to the experience endured by Turkey in recent history. "With this difficult geography we are a part of, and a majority Muslim population guided by democracy, Turkey as a nation whose democratic standards rise daily, is a very important reference for both Egypt as well as all other nations in the region," stated Erdoğan. Reminding of the coups suffered in Turkish history, Erdoğan warned that after their own experience they would never wish for any other nation to follow such a path and pay such a price. "Every military coup cost Turkey decades by crippling the national economy. Throughout Turkish history, coup makers have succeeded in taking over administrations, however they have never reached their ultimate goals. Leaders and supporters of coups in Egypt must remember these realities from Turkish history. The May 27, March 12, September 12 and February 28 dates are now inscribed on our nation's mind as the darkest times in Turkey's history," said Erdoğan.

The Prime Minister reminded that with an amendment to the constitution in 2010, the perpetrators of coups in Turkey are now being held accountable in court, adding that not only the perpetrators, but also those who applauded these coups have also been "sentenced in the nation's conscience. Those who are staging this coup in Egypt and supporting it need to learn a lesson from these experiences in Turkey," stated Erdoğan.

"THEY ARE REFRAINING FROM CALLING THIS A COUP"

"Right now, I am so surprised by the West, which has still not referred to what happened as a coup. However, I do commend the African Union for suspending Egypt's membership after the coup. That is the correct stance," said Erdoğan.

"I thought the West was in support of democracy, yet once again they have failed the test," said Erdoğan adding that there is no such thing as a democratic coup. "Just how life and death are opposites, to refer to a coup as democratic, or to use phrases such as a 'good coup' or a 'positive coup' are just as ridiculous," said Erdoğan.

Acknowledging criticism of Morsi, Erdoğan asked, "Is there anyone in the world that has not made a mistake? The Egyptian public are the ones who need to make him pay for those mistakes, however in the poll booths." Erdoğan said there is no way the military approach of late in Egypt could be defined as democratic after having experienced a 30-40 year single-party era only to go ahead and take down a legitimately elected politician in Egypt's first multi-party election in just a year. He also rebuffed those who trusted the media and the weaponry in their hands, urging that they cannot bring on democracy and added that those who exert efforts to cover up coups and remain silent to them are just as responsible as the coup makers themselves.

Erdoğan criticized the international media and international institutions which failed to display a proper stance against the military coup in Egypt, stressing that the European Union also disregarded its own values by avoiding calling the military intervention in Egypt a coup.

Remarking that the Morsi administration lasted for one year, during which Egypt was not given a penny from anywhere in the world, except for Qatar and Turkey, Erdoğan questioned the double standard of institutions such as the IMF and the EU which provided financial support to Greece, a nation which has yet to stand on its own two feet.

Prime Minister Erdoğan also expressed his concerns over the perpetrators of the coup staging arbitrary detentions, including the detention of elected leaders in Egypt, and warned against the potential future trauma this may lead to. "Just look at Turkey's painful memories. I would like to remind that to suddenly arrest 300, 400 or 500 politicians, would quite literally send Egypt right back to where it started. We were just as pleased as the Egyptians when the nation was saved from its dictatorship rule. However, we absolutely do not want Egypt to face a regression back to the period that preceded the January 25th revolution.

Erdoğan advised all parties in Egypt to avoid any violence, clash and chaos in the aftermath of General Sisi's coup and emphasized that democracy is the sole solution in Egypt. "We are expecting the rules of democracy to be implemented in Egypt immediately and for all political segments to join in the elections and for the national will to be manifested through that election. We are expecting Egypt to embrace a healthy atmosphere in which those who are brought on through an election are only taken down by one as well. I am especially inviting the entire world to take on a sincere, principled and moral stance against coups," said Erdoğan.

This is a translation of an article originally written by Mesut Er with agencies.