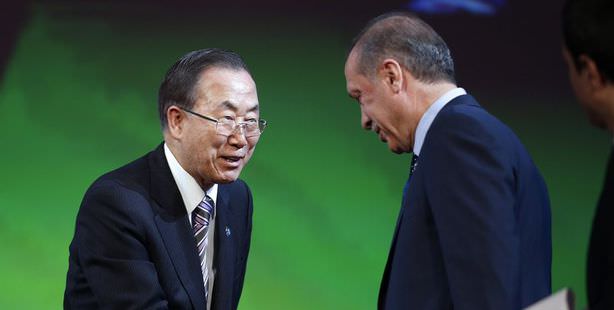 Prime Minister Recep Tayyip Erdoğan and Secretary-General of the United Nations Ban Ki-moon discussed the military overtaking of the elected government in Egypt over the weekend.

According to a statement released by the Prime Ministry Press Center, Prime Minister Erdoğan conveyed his concerns to UN Chief Ban over "the suspension of the democratic process in Egypt following the military coup that ignored the popular will."

According to the statement, "The prime minister also underlined that the sides in Egypt should avoid any kind of violence, conflict, and provocation and act with common sense. He also stressed that elections should be held and a civil government should be formed as soon as possible which respects the will of the people."