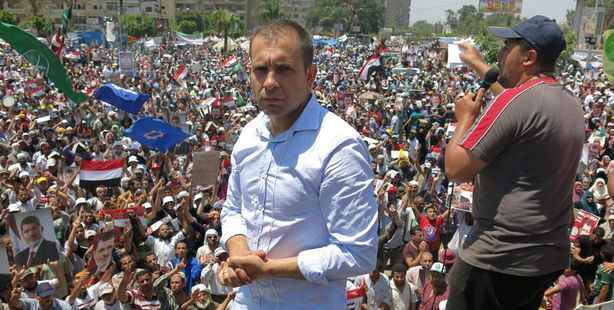 Four Turkish correspondents were detained in the Egyptian capital of Cairo on Tuesday.

Turkish correspondent Fatih Er and cameraman Tufan Guzelgun from the A Haber news channel detained were detained on Tuesday in the Egyptian capital of Cairo.

Both were returning from filming in Egypt's Nasr city along with correspondents from Turkey's state television station TRT, when they were detained by the Egyptian police for not having accreditation from Egypt's Foreign Press Center or press cards.

Earlier in the day, Murat Uslu and Zafer Karakas, Egypt correspondents for the Turkish Star TV channel were also detained on Tuesday by Egyptian security forces while shooting in the capital city of Cairo.
The Turkish Embassy in Cairo has announced that an investigation has been launched regarding the incident.
The Turkish Press Council has also filed an application to the Turkish Ministry of Foreign Affairs to secure the release of the Turkish journalists who were detained earlier in Egypt.