Extortion faced by Turkish architects and engineers comes to an end 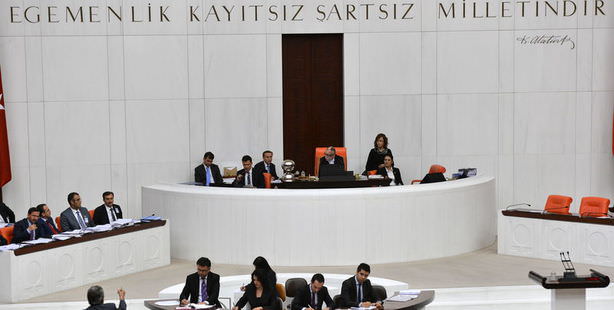 The Turkish Grand National Assembly has revoked the Union of Chambers of Turkish Engineers and Architects' right to authorize construction projects, after hundreds of architects and city planners submitted a petition to the Minister of Environment and Urbanization, complaining about unnecessary charges.

Early morning Wednesday, the Parliament banned the Union of Chambers of Turkish Engineers and Architects (TMMOB), from giving approval for mapping, planning, studies and projects.

According to the Ministry of Environment and Urban Planning, in an effort to strengthen previous regulations on building inspections, the decision was made by the parliament, that no professional agency shall grant permits for any project.

"Although the Building Audit law number 4708 prohibited the actions of the Union of Cambers, they would issue fees to engineers and architects and grant permits in the name of professional examinations. The new law was issued after receiving hundreds of complaints from professionals regarding the fees. It was widely believed that the Union of Chambers were restricting architects and engineers from doing their jobs and were subjecting them to mistreatment by canceling their work permits unless they paid the fees." stated the ministry in a press release.

However, the TMMOB accused the government of committing a "witch-hunt" against them, due to their support of the recent anti-government protests related to Istanbul's Gezi Park.

The ministry declined these accusations and pointed out that the amendment was planned on the 19th of April, before the Gezi protests, a fact which is evident from the drafts that had been sent to the related institutions.

Bülent Turan, a leading MP of the ruling AK Party rejected the claims that the move was a "midnight operation." He said, "Almost every law in parliament is introduced at night. General meetings begin at 3 pm and the opposition tries to block every attempt to pass any law. This is why we can only talk about the (proposed) articles after 7 pm. That law, ina routine manner, was passed by the parliament at night. It was not treated specially."

Turan said that aim of the amendment was to block further bureaucracy within the construction projects, and to meet the demands of professionals on the ground. "The municipality gives approval to projects. It was unnecessary to go and pay for another approval from an NGO." he added.