Elections are the route to solving issues 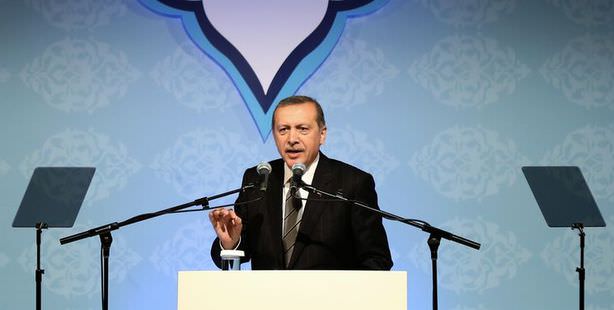 Prime Minister Erdoğan offered his condolences and wished for patience to the relatives and loved ones of those killed in the Srebrenica genocide on its 18th anniversary on Thursday. Erdoğan accused the world of remaining silent to the massacre in Bosnia Herzegovina and said that the world has also not yet displayed a principled stance against the ongoing oppression in Palestine. The Prime Minister pointed out that the entire world has ignored these massacres.

Prime Minister Erdoğan expressed that for Turkey, military coups will always be considered illegitimate, and stated, "If the squares are an indicator, then where are you going to place the millions gathering in practically every city in Egypt every night and their screams? If the regime now in Egypt had come to power through an election, rather than Mohamed Morsi, and a coup had been staged against them, our stance would have also been against that coup, there is absolutely no question about that.

Every military coup, regardless of who is being targeted, which country and for whatever reason, is the murderer of the democracy, public and the future of that country."

Prime Minister Erdoğan also addressed the Taksim Gezi Park protests by stating, "Were you sad for those who coerced violence in Taksim? Well don't be. It is now being revealed who is who. They came and they have gone. Turkey will continue to march in unity. Kazlıçeşme is an even bigger square than Taksim," said Erdoğan, in a reference to a rally in which nearly a million supporters came out to see him speak in Istanbul.

"Then there is an even greater square than any of these, and that is the square of the elections," said Erdoğan.