Turkey is a role model in the fight against tobacco use 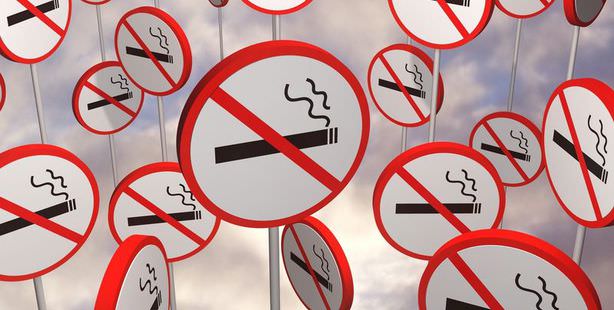 Turkey has become the first country to attain the highest level of achievement in all six MPOWER measures, which are the main objectives established by the World Health Organization in the fight against tobacco use.

The World Health Organization (WHO) released its 2013 Report on the Global Tobacco Epidemic in Panama on Wednesday. The report, which covers the struggle against tobacco use in 176 countries that have signed the Tobacco Control Framework Agreement, evaluates nations based on the prevalence of tobacco use and on the impact of intervention measures to reduce demand which are evaluated according to six objectives, referred to by their acronym MPOWER. According to the report, Turkey was both the first and sole country to have fulfilled all six objectives. "Today, one country, Turkey, now protects its entire population of 75 million people with all MPOWER measures at the highest level," writes the report.

Considered to be a "role model nation", the report designates an entire chapter to Turkey's success entitled "Turkey marks singular achievement in tobacco control." The chapter goes into the history of tobacco control in Turkey and writes, "Turkey is the first country to attain the highest level of achievement in all six MPOWER measures. This progress is a testament to the Turkish government's sustained political commitment to tobacco control, and is an excellent example of collaboration between government, WHO and other international health organizations, and civil society." The report cites Turkey as an example to the world and says that nearly 20 countries have visited Turkey as a role model nation in order to learn about their measures for controlling tobacco use.

The six main objectives set by the WHO and referred to by the acronym MPOWER which consists of the first letters of the six policies, are considered to be the most effective in the world for tobacco use control and are as following:

Prof. Cevdet Erdöl, who was an influential figure in establishing anti-smoking legislation as the former Parliamentary Health Commission Chairman and who now serves as the Prime Minister's advisor, commented on the report by stating, "Turkey made a series of important decisions when it comes to preventing tobacco use and has implemented them. We have altered the saying 'to smoke like a Turk', to be 'to quit smoking like a Turk'. This is not a success achieved solely by implementing regulations; society has also become informed of the negative implications of cigarettes."