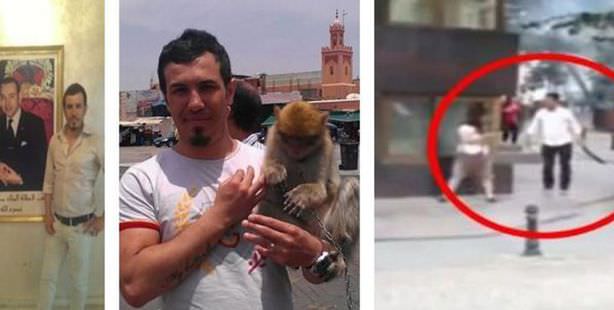 Sabri Çelebi, the machete-wielding thug who attacked Gezi Park protesters and is currently a wanted man by the police, has supposedly gone to Morocco. It turns out however that Çelebi left for Morocco a day before a warrant was issued for his arrest.

Sabri Çelebi, the man who attacked Taksim Gezi Park protesters while wielding a machete and was initially detained and then subsequently released, departed Turkey for Morocco a day before an Istanbul High Criminal Court issued a warrant for his arrest.

On July 6th, Çelebi was detained by security forces and then later released pending trial due to his not posing a flight risk. However, prosecutors have since objected to his release and have since issued a warrant for Çelebi's arrest. The Istanbul First High Criminal Court ruled in favor of the prosecution's objections and on Thursday issued a warrant for Çelebi's arrest under the charges of "causing intentional injury" and "resisting police".

The day before a warrant was issued for his arrest, Çelebi boarded a Moroccan Airlines flight to Casablanca with his family, which departed at 16:30. From Casablanca, the suspect and his family drove on to Rabat. Çelebi's return flight from Casablanca is booked for August 10th.

A photograph of Çelebi taken of him standing next to a portrait of the King of Morocco has been shared on twitter. Meanwhile, Çelebi's attorney Turan Öner says that Çelebi has not fled the country due to the charges.

HE WENT FOR A VISIT

"He went to Morocco with his wife and daughter because his Moroccan father-in-law was undergoing a surgery. He left prior to the issuing of his arrest warrant, in other words he departed on Wednesday. He called me to tell me, 'I am not fleeing anywhere; I will be back in a week."

This is a translation of an article originally written by Serdar Canipek, Emir Somer and Orhan Yurtsever.