A warning in lieu of congratulations 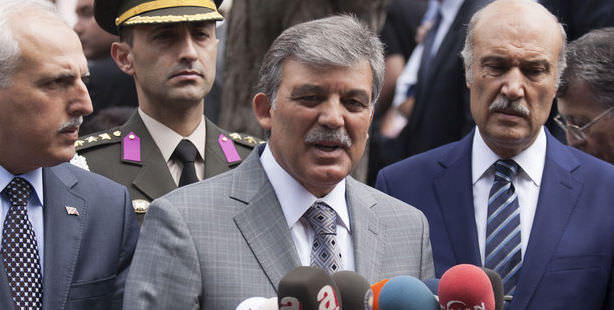 Ankara has delivered its first message to the interim administration since the regime change transpired in Egypt via the Egyptian ambassador.

On July 12, President Abdullah Gül held a meeting with the Egyptian ambassador at the Tarabya Palace, thereby exhibiting the fact that Turkey has not severed ties with the new administration.

During the meeting with Egyptian Ambassador Adil el Mansur, President Gül emphasized the importance placed by Turkey on the Egyptian public and said, "We hope that there will be a return to democracy as soon as possible."

Gül also emphasized during the meeting that Turkey upholds relations with all segments in Egypt and pointed out the historical connection between the Egyptian people and Turkey and said, "Turkey's greatest wish is for Egypt to be strong and in peace."

While according to Turkish state protocol a letter of congratulations is sent by the Çankaya Palace to any new or re-elected president, a congratulatory message has not been sent to Adly Mansour, who was appointed by General Sisi as the interim president of Egypt. Sources have also signaled that it is not expected that a congratulatory letter will be sent out.