EU Minister Bağiş criticizes the EU for its attitude on Egypt 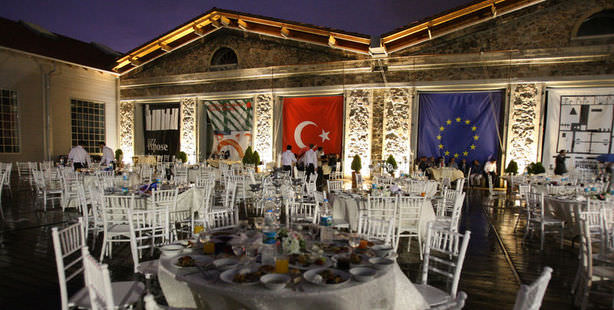 Turkish EU Minister and Chief Negotiator Egemen Bağış criticized the EU on Monday, by stating, "The EU described the incident in Egypt as an 'intervention'; however, this was not an intervention, this was clearly a 'coup'."

Turkish EU Minister and Chief Negotiator Egemen Bağış criticized the EU for describing what has transpired in Egypt as an "intervention" rather than calling the situation a "coup" by stating, "(EU) countries, which do not describe the incident in Egypt as a coup, will not describe savagery as savagery.

Certain countries wanted to open the path for the pro-coup; however they have understood that this was not correct. Because, one of the most important values of the EU is democracy," said Bağış, stressing that to stage a coup against a democratically elected president and to repeal the constitution approved by the public were not compatible with EU values.

Bağış also pointed out that Turkey has maintained a stance of principle in reaction to the incidents in Egypt after the coup, and said, "We have been waiting for the EU to provide the same principles in their reaction to the coup."

The "UNSC overlooks the bleeding wounds in other parts of the world because of the conflict of interest among its permanent members," said Bağış, calling on the United Nations Security Council (UNSC) to take action on Egypt.

Speaking at a press conference, Bağış condemned killing of people outside the Republican Guards headquarters. Bağış, pointing out that he did not find the discourse of the UN to be sufficient, said "I believe that the UN discourse should be clearer, more consistent, more convincing and more conscientious. The UNSC must take action on Egypt as soon as possible."

Bağış hosts iftar in the capital

During an address at the iftar, the EU Minister said, "this can be my last iftar with you all as EU minister." Bağış assured that his position would remain the same within the party and in response to a question which reminded the upcoming local elections and if he is going to be a candidate for the position of Istanbul Mayor or not, Bağış said "I will try my best for whatever position and wherever my party assigns me."