PKK leader Öcalan assures there is no deadlock 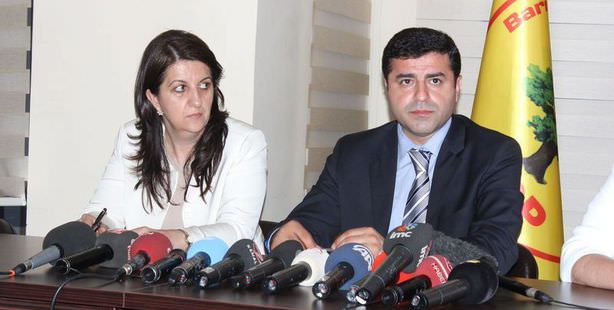 Ankara has taken two significant steps geared towards the solution process as well as dissuading the BDP and KCK’s concerns regarding Abdullah Öcalan's health.

Concerns have surfaced regarding the medical condition of the imprisoned PKK leader Abdullah Öcalan by members of both the KCK, the administrative structure of the PKK terrorist organization based in Qandil and the Peace and Democracy Party (BDP). In response to claims Öcalan, who is imprisoned on İmrali Island, was suffering from health issues, the Ministry of Justice arranged for Öcalan to receive medical check-ups by specialist doctors from a number of branches on July 16. It was subsequently announced that there were no negative findings regarding Öcalan's medical condition.

Meanwhile, in order to put an end to the crisis which surfaced as a result of the ministry's delay in allowing Öcalan to hold a periodic meeting, which usually takes place every 15 days, a delegation from the BDP was allowed to visit the imprisoned terrorist organization leader at Imrali.

BDP Chairman Selahattin Demirtaş and BDP Parliamentary Group Deputy Chairman Pervin Buldan met with Öcalan yesterday for the eighth time. Through the delegation Öcalan delivered the message, "Turkey is surrounded by fire, rectify these conditions," and requested that a press conference be held in order to allow his contribution to the ongoing solution process.

Expressing intentions to make headway in the second stage of the ongoing process in September, Öcalan stated, "The government needs to take concrete and practical steps closer to the reopening of the Assembly. I have not lost hope and I am not talking about a deadlock."

Öcalan also sent a message to the KCK, which had requested a delegation of independent doctors to oversee his check-ups, informing that he was not suffering from a heavy medical condition.