TAF: We have returned fire with fire 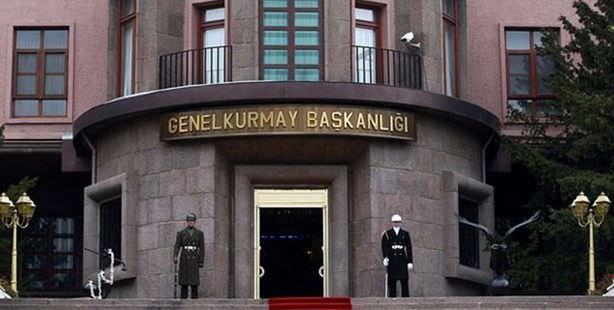 Turkey’s General Staff has released an announcement that fire has been returned across the border in response to 10-15 shots that came from Syria and targeted an armored military vehicle patrolling the border.

According to an announcement released by the Turkish Armed Forces (TAF) General Staff on Sunday, at 02:25 am Sunday 10-15 rounds of ammunition targeted a tactical armored vehicle which was patrolling the Turkish border with Syria in a location nearby the Oğulpınar border post. A military armored personnel carrier vehicle which was on duty in the same district, returned fire across the border in line with Turkey's rules of engagement.

Meanwhile, clashes near Syria's border with Turkey between the PYD, the PKK terrorist organization's political offshoot in Syria, and the Al Nusra Front continued for a sixth day. Last night, firing was heard once again in Ras al-Ayn.

Apprehension escalated in the Turkish border town of Ceylanpınar in Şanlıurfa province. Two antiaircraft missiles are stated to have deflected from clashes last night and hit the garden wall of one home and the roof of another. Supposedly no one was killed or injured in the attack. Announcements were made requesting Ceylanpınar residents from going outdoors.